The Latest Trailer for 'The King's Man' Movie Has Been Revealed 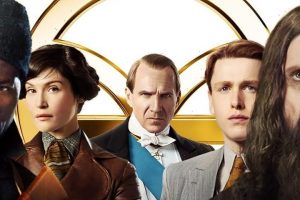 The COVID-19 pandemic essentially forced the movie industry to come to a rapid halt, and as a result, there was a plethora of highly-anticipated films that were forced to be postponed. One that fell victim to this was The King’s Man — Matthew Vaughn‘s spy prequel to all of the Kingsman films, and its latest official trailer has now been revealed. The forthcoming motion picture tells the origin story of how the Kingsman organization was established during the First World War.

If you fancy action-packed thrillers with war and gore, then there’s a high chance that you’re going to be entertained by this movie. The violence-repleted trailer takes viewers back to the 1900s. Vaughn introduces us to Orlando Oxford (the protagonist played by Ralph Fiennes) — a duke who is employed by a secret intelligence committee who is tasked to fight off a group of war masterminds who are scheming up a plan to murder millions. Other stars include that of Harris Dickinson who plays Conrad, Oxford’s son, Gemme Arterton who plays Polly — whom manages a group of cleaners and Rhys Ifans who stars as Grigori Rasputin — the infamous Russian mystical adviser in the court of Czar Nicholas II.

Mark your calendars as The King’s Man is set to release in theaters on December 22.