'The Legend of Zelda: Majora's Mask' Is Finally Coming to Nintendo Switch 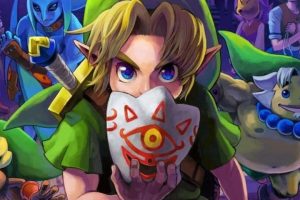 22 years after The Legend of Zelda: Majora’s Mask was first released on the Nintendo 64, fans are finally getting to relive one of the franchise’s most adored games on the Nintendo Switch.

Coming as part of Nintendo’s continued efforts in porting retro titles to its latest handheld console, The Legend of Zelda: Majora’s Mask will be available starting today for those subscribed to the Nintendo Switch Online + Expansion Pack program. The game was actually playable on the Nintendo 3DS as well back in 2015, but it’s the first time it came to a new platform in seven years.

As for those unfamiliar with the title, Majora’s Mask first launched back in 2000 for the N64, two years after the famed Ocarina of Time. The story picks up where its prequel left off, with the Japanese gaming giant incorporating a number of new and refreshing elements for fans to explore. With Ganondorf defeated in the previous installment, the main villain of the game is Skull Kid, who takes on the Majora’s Mask for himself. Players are transferred from the familiar world of Hyrule to a completely new terrain called Termina, which is set to be destroyed by a falling moon in just three days. Equipped with three transformation masks that can now transform Link into a Deku Scrub, a Goron, or a Zora, the hero will have to defeat Skull Kid and use the Ocarina to reverse time before the moon collides with Termina.

For retro gaming fans, you can learn more about the Nintendo Switch Online + Expansion Pack over on the company’s website.