The Long Path From My Desk to a Clint Eastwood Film

It started, as so many things now do, with a tweet.

I was in the Times newsroom mindlessly scrolling through Twitter when I spotted a headline, one of those News of the Weird police blotter items. I clicked.

“An 89-year-old Indiana man who grows lilies pleaded guilty Tuesday in Detroit to serving as a drug mule to distribute more than 1,400 pounds of cocaine.”

Ding ding ding! I sat upright in my chair. Now that’s a sentence.

I felt like a 19th-century miner emerging from a cave with a fleck of gold in my dirt-caked hand. I emailed my brother, who is also a writer and thus spends a good chunk of his day scrolling through Twitter. “I would read a magazine story about this guy,” I wrote.

And then I thought, I should write a magazine story about this guy.

My reporting for The New York Times Magazine on the rise and fall of Leo Sharp, the day-lily farmer turned geriatric drug mule, took me to packed courtrooms, seedy stash houses, an abandoned day-lily farm and the cluttered office of overworked federal investigators.

And despite a zeal for the story that bordered on obsession, I never had the imagination to think, Clint Eastwood should make a Clint Eastwood movie about this guy.

And yet here we are. “The Mule” opens December 14 with Clint Eastwood directing and starring. (Bradley Cooper co-stars, along with Laurence Fishburne and Dianne Wiest.) Who says Twitter is a waste of time?

I spent months trying to understand how Mr. Sharp, a grandfather and World War II veteran, wound up working for the Sinaloa drug cartel.

I interviewed dozens of his acquaintances and customers — both the cocaine and the day-lily kind — and after I asked them everything I could think of, I asked who else I should call to learn more.

I became a student of the drug trade and the cat-and-mouse game played by the Drug Enforcement Administration and the cartels. I read transcripts of wiretapped Spanish conversations — the cartel’s nickname for Mr. Sharp was Tata, slang for Grandpa — and pored through brittle copies of his decades-old day-lily catalogs. I spent hours with the investigators who chased and eventually caught Mr. Sharp. I walked through Detroit stash houses — anonymous, squat buildings with shuttered grates, utterly forgettable if not for the massive drug deals that happened inside.

I drove to see Mr. Sharp’s overgrown day-lily farm, squatting in the grass to read the dirty labels for the special breeds he had once so carefully nurtured. I remember one label said, simply, Happiness.

I watched every frame of the police video of Mr. Sharp’s arrest — “What’s going on, officer?” — like it was the Zapruder film.

And yet, as a journalist, I was never able to crack Leo Sharp.

I spent months chasing the central question at the center of my story: Why did he do it?

Was he a dupe? Was he a con man? Was he a criminal mastermind? I have my theories.

But journalism can take you only so far. We can write only what we know — that’s one of the beautiful principles of the craft. Our characters are real people: complicated, contradictory, mysterious, surprising. They spring from the messy tangle of the lived world, which means some of the questions we ponder — like, what ran through Mr. Sharp’s mind that first time he packed his truck with cocaine? — can’t ever really be answered.

Even with all my reporting, I couldn’t fully tell you what motivated Mr. Sharp. I don’t think anyone could, not even Leo Sharp himself.

That’s where Hollywood stepped in. Movie producers read my article, saw a spark and eventually sent it to Nick Schenk, a gifted screenwriter. From there, Mr. Schenk ran with it on his own, inventing an elaborate back story for the elderly drug mule, complete with a resentful daughter, a guilty conscience and a predilection for pecan pie. Fiction filled in the spaces where journalism could not go.

Along the way, Mr. Schenk and his producers were generous enough to share drafts of the script with me and to indulge me in listening to my thoughts about the world of drug mules.

But “The Mule” is Mr. Schenk’s and Mr. Eastwood’s story. It goes well beyond the limits of my reporter’s notebook, as it should.

Leo Sharp died several years after I wrote my story. I met him only once. Outside the courtroom on the day of his sentencing I saw him sitting on a bench, hunched over and staring blankly at the wall. He looked older and more frail than I had imagined.

I walked over and introduced myself to this man with crepe paper skin in an ill-fitting jacket, so removed from the sly, charming, audacious swindler I had been chasing for months.

I looked in his eyes — watery and red-rimmed — and realized I had reached the end of my reporting.

That’s where, some five years later, Clint Eastwood and Nick Schenk added a twinkle to the drug mule’s smile; and more embroidery, plus lots more star wattage, to the strange and jagged story I set out to tell.

I cannot wait to see it. 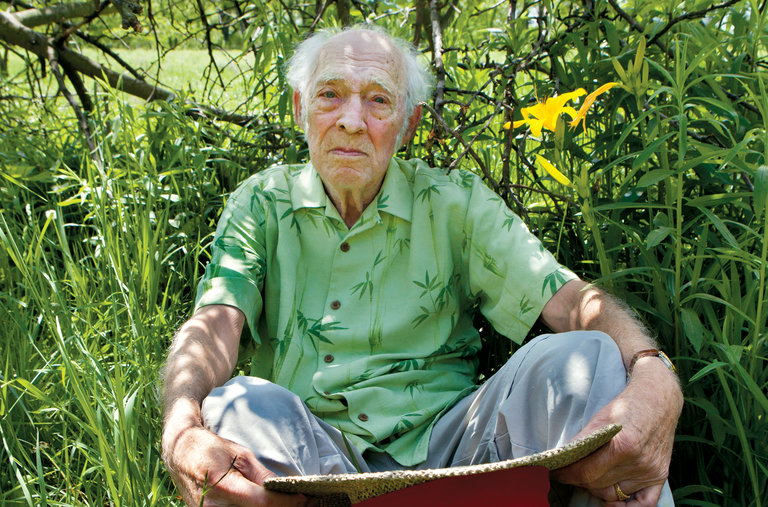 Sam Dolnick is an assistant managing editor, overseeing The Times’s audio report, its work in film and television, and other digital projects. He was formerly the deputy sports editor and a reporter. @samdolnick