Home » Entertainment » 'The Lord of the Rings: Gollum' Delayed Just a Month Before Already-Postponed Launch

'The Lord of the Rings: Gollum' Delayed Just a Month Before Already-Postponed Launch 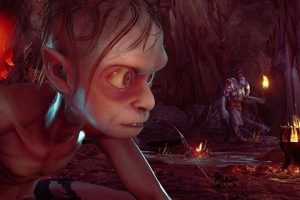 With just a little over a month to go before its already-postponed launch, The Lord of the Rings: Gollum‘s release is now being delayed once again. Taking to Twitter to announce the news, developer Daedalic Entertainment says that it needs more time to polish up the game to give players a more refined experience while honoring J. R. R. Tolkien‘s legacy.

“Over the last years, our team has been working hard to bring you a remarkable story in a breathtaking world, filled with magic and wonder,” the studio wrote in a statement. “We are dedicated to meeting our community’s expectations and uncovering the untold story of Gollum in a way that honors the vision of J. R. R. Tolkien. That being said, in order to deliver the best possible experience, we have decided to push the release of The Lord of the Rings: Gollum by a few months.”

Unfortunately, no new release date has been announced yet for the title, so fans of the franchise should stay tuned for more updates to come.

In other related news, HBO Max has released a new augmented reality app for House of the Dragon.
Source: Read Full Article