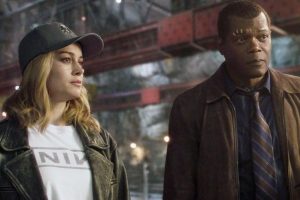 Anticipation for the forthcoming film has been high since it was first announced. The film, originally billed as “Captain Marvel 2,” hasn’t shared any specific plot details yet, but it’ll likely take place in the present MCU timeline. During an August 2021 appearance sequel on SiriusXM’s “The Jess Cagle Show,” “Captain Marvel” actor Brie Larson confirmed that she was filming the upcoming sequel. Though she didn’t reveal too much about the movie, she did tease that there are “a lot of really juicy things happening.” So make of that what you will!

While most details about the film are being kept under wraps, we do know that it will have a star-studded cast and an incredible creative team. In the meantime, read ahead for everything we know so far about the highly anticipated Marvel film.