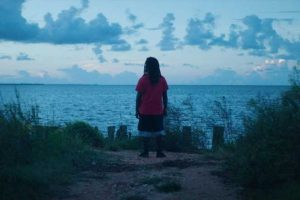 The Obamas’ powerful new Netflix documentary follows the descendants of the Clotilda, the last known ship to have reached the US illegally carrying enslaved Africans.

The Obamas’ production slate, as you can imagine, now features a range of films and TV shows that are sure to make waves during awards season. They include an adaptation of Mohsin Hamid’s acclaimed novel Exit West starring Riz Ahmed and Firekeeper’s Daughter, a series based on the debut novel by Angeline Boulley, which follows an 18-year-old native girl as she reluctantly goes undercover in a police investigation on her Ojibwe reservation.

After premiering at the Sundance Film Festival in January, where it won a special jury award for creative vision, the award-winning documentary Descendant will be landing on Netflix later this month.

Directed by acclaimed filmmaker Margaret Brown (The Order of Myths, The Great Invisible), the documentary tells the story of the families brought over on the Clotilda, the last known ship to have reached the United States illegally carrying enslaved Africans, which docked in Mobile Bay in 1860 on the eve of the civil war. As the transatlantic slave trade had been formally outlawed by Congress in 1807, the ship was swiftly burned to hide evidence of the illegal transport of slaves.

The community of Africatown in Descendant

“After a century of secrecy and speculation,” Netflix’s synopsis reads, “the 2019 discovery of the ship turns attention presents a moving portrait of a community actively grappling with and fighting to preserve their heritage while examining what justice looks like today.”

The powerful trailer for Descendant makes clear that the story around the Clotilda has been dominated by the discovery of the remains of the ship, and the slave trader Timothy Meaher who smuggled Africans on board.

“The way my mother told me,” recalls one interviewee, “Timothy Meaher, a local businessman, made a bet that after slavery was abolished, that he could still bring Africans into the country. He went and brought them back here, and burned the ship to conceal the crime”.

The trailer suggests that this narrative will be rewritten in the documentary as it reckons with the legacy of the Clotilda and gives voice to the descendants of the Clotilda’s survivors.

“It’s slowly been erased, and as far as I can remember, it’s never been in history books,” one interviewee explains of the forgotten history of the ship and its enslaved passengers.

“I don’t want the momentum of the story to just be focused on the ship,” another resident of Africatown adds. “It’s not all about that ship.”

While Descendant documents the efforts to locate the wreck of the Clotilda, it also highlights how the community of Africatown continues to face challenges of economic and environmental racism, especially through the town’s governmental neglect of the neighbourhood, which is surrounded by heavy industry.

“What person want to wake up knowing that they sitting on historic land,” one interviewee says in the trailer, “but they gotta smell the chemicals from a factory.”

According to Tudum (Netflix’s global fan event), the story of the Clotilda was recounted in Zora Neale Hurston’s Barracoon: The Story Of The Last Black Cargo, which was belatedly published in 2018, almost 90 years after the author first wrote it. Based on interviews with the last known surviving descendant of the 1860 voyage, Cudjoe Lewis, the book brought to life a long submerged history and was instrumental in helping unearth the remains of the ship in 2019.

Descendant will be available to stream on Netflix on 21 October