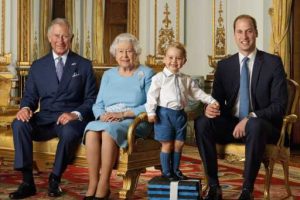 If you ever wanted to be a fly on the wall at Kensington Palace, an old documentary about their private lives recently resurfaced — and then quickly disappeared — making everything about them more intriguing. It’s hard to believe that Queen Elizabeth and Prince Charles were one of the first reality show stars out there.

A 1969 BBC documentary, Royal Family, followed their lives over an entire year and was a massive hit with 350 million people catching a glimpse of the U.K.’s most famous family. While viewers enjoyed it immensely, it seems that many senior royals were aghast they even did the documentary in the first place.

“I don’t quite know how to put this, but I never liked the idea of the royal family film. I always thought it was a rotten idea,” says Princess Anne in a retrospective video about the 1969 film. “The attention that had been brought on one ever since one was a child, you just didn’t want any more. And the last thing you needed was greater access. I don’t remember enjoying any part of that.”

That’s probably why the BBC recently hit a YouTube user with a copyright claim after they posted the entire documentary on their page after almost over 50 years of being kept in the royal archives. It’s been collecting dust on a shelf since 1970 and it requires the approval of Queen Elizabeth to ever be shown again.

That idea of letting the documentary rot away might be a mistake in some royal watcher’s eyes, especially since the monarchy is doing its best to rehab its image. They’ve had to deal with Prince Andrew’s sketchy ties to convicted pedophile Jeffrey Epstein, the royal feud between Prince William and Prince Harry and Megxit. By giving viewers a look at their personal lives, it humanizes them more.

“I thought it was a delightful program. A great many others hadn’t necessarily seen [Queen Elizabeth] in the role of a mother and a wife. We saw her as head of the state,” explains former Nottinghamshire volunteer Jean Farnham. “To suddenly think, ‘Good gracious, she does exactly the same things and enjoys the same kind of things we do.’”

For now, we have to settle for the few mini YouTube clips that remain on the internet, but the full documentary is going to be hidden away until Queen Elizabeth changes her mind.