Home » Entertainment » The Succession Season 3 Teaser Is Out, and Man, I Missed Watching This Rich Family Implode

The Succession Season 3 Teaser Is Out, and Man, I Missed Watching This Rich Family Implode 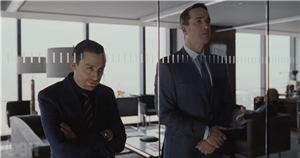 The family you love to hate is back. After a year-and-a-half hiatus, HBO just offered a first look at Succession season three, which will follow the fallout from Kendall Roy’s scorched-earth press conference in the season two finale. The teaser trailer primarily focuses on Siobhan Roy and the unfortunate dilemma she finds herself in: will she remain loyal to her truly terrible father, or join her cold and cunning brother? Viewers are also briefly introduced to Sanaa Lathan’s character, lawyer Lisa Arthur.

Lathan is one of many new additions to the cast, including Adrien Brody and Alexander Skarsgård. Though only a minute long, the teaser is also teeming with insults. One in particular (yes, the “million poisonous spiders” one) will haunt me for quite some time. Watch it above and stay tuned for further news about the third season, premiering this fall.