The "Texas Chainsaw Massacre" Cast Were Just as Scared as You 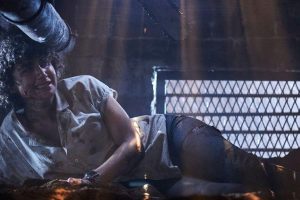 When the chainsaw rips, horror movie fans know it’s time to start running just in case Leatherface is nearby. For Sarah Yarkin — who plays “final girl” Melody in David Blue Garcia’s “Texas Chainsaw Massacre” sequel on Netflix — that adrenaline-induced fear skyrocketed to 1,000 percent when she was filming one of the movie’s most terrifying scenes. Speaking with POPSUGAR, Yarkin relived some of her most difficult filming days, including the time she was asked to cram herself into a makeshift crawl space and scramble away from a chainsaw-wielding serial killer while covered in chocolate oatmeal.

“[There’s a] part in the movie where I’ve fallen beneath the house and I’m in a crawl space with Leatherface with the chainsaw above me, trying to get me,” Yarkin says. “They had built this crawl space in the sound stage and you had to get up a ladder to get into it. Then you’re kind of stuck in it. They had covered it just with tons of dirt and dust. This is also towards the end of shooting where I’m already just completely messed up, mentally and physically drained.”

Yarkin gets another chilly surprise when a sewage pipe bursts over her character’s head, oozing what looks to be poop onto Melody’s head. “So then I’m crawling on my hands and knees for three or whatever days. It was something else,” she says. “I think that I was in survival mode — you’ve just got to keep going. It was bananas. Then at the end of the scene, a sewage pipe explodes on me, so then I’m covered in poop and freezing cold. [The poop] was fake snow that had been dyed brown. Then the rest of the movie, it was chocolate oatmeal that the makeup woman would make every night for me.”