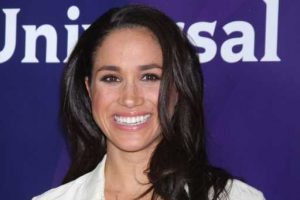 With Prince Harry’s memoir, Spare, just a week away, speculation about Meghan Markle’s own tell-all book is also sparking interest. In 2021, the dynamic duo signed what is believed to be a four-book deal with their publisher, Penguin Random House, so the royal exit from the Duchess of Sussex’s point of view is always a possibility.

What also makes a publication fascinating from her perspective is that there are always rumors swirling that Meghan has an interest in running for a political office someday. A Hollywood agent told the Mail on Sunday, “If she’s harboring political ambitions, it would make even more sense” because it’s a strategy often employed by public figures like Donald Trump and Barack Obama before they set their eyes on the White House. President of the United States might sound a bit ambitious right now, but Meghan might look for a way to marry her philanthropic interests with a political job once her children are a bit older.

As a royal, she had to avoid the political talk at all costs, but Meghan has slowly waded into the waters with her parental leave advocacy work, where she even made cold calls to U.S. Senators. She and Harry have also encouraged their followers to register to vote and use their voice at the ballot box, so this territory isn’t unfamiliar to her. However, we have yet to hear from her lips that politics is something she is truly interested in as a future career path.

For now, it’s safe to assume that she might one day share her “equally compelling” story of “marrying a prince” as well as her thoughts on exiting royal life. While the focus is on Harry’s side to the story and how he views that family feud right now, it’s important to remember that Meghan’s memoir is nothing but speculation — for now. 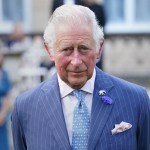