Home » Entertainment » The trailer for HBO’s The Nevers has landed, and it looks so good

The trailer for HBO’s The Nevers has landed, and it looks so good 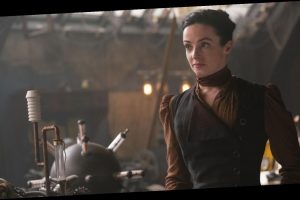 From The Wire and Game Of Thrones, to The Sopranos and Sex And The City, HBO has brought us some seriously brilliant TV series over the years.

And its next big show? Well, it ticks a lot of boxes for us, as it not only aims to celebrate powerful women, but it does so by flipping the classic period drama on its head.

Here, then, is what you need to know about The Nevers.

Best TV shows of 2021: the 35 must-watch series coming to our screens

What’s the plot of The Nevers?

The Nevers “is an epic science fiction drama about a gang of Victorian women who find themselves with unusual abilities, relentless enemies and a mission that might change the world.”

As per HBO’s official synopsis: “In the last years of Queen Victoria’s reign, London is beset by the ‘Touched’: people – mostly women – who suddenly manifest abnormal abilities – some charming, some very disturbing.

“Among them are Amalia True, a mysterious, quick-fisted widow, and Penance Adair, a brilliant young inventor. They are the champions of this new underclass, making a home for the Touched, while fighting the forces of… well, pretty much all the forces – to make room for those whom history as we know it has no place.”

Is there a trailer for The Nevers?

HBO has released an official trailer for The Nevers, and it’s gone down an absolute storm with viewers on YouTube.

“So, it’s basically X-Men but set in 19th century England?” asked one fan, their glee all too apparent. “SHUT UP AND TAKE MY MONEY!”

“I can’t wait!” added another. “Move over Penny Dreadful, there is a new show in town!”

And still one more said: “This looks amazing and I am so here for it!”

Who stars in the cast of The Nevers?

The Nevers: Laura Donnelly as Amalia True, and Ann Skelly as Penance Adair.

Best fantasy series on Netflix: 18 shows to stream if you’re in need of an escape

When and how will The Nevers be available to watch in the UK?

While The Nevers doesn’t have an exact premiere date, HBO has scheduled the show to debut in April 2021. The first season will air with six episodes.

It is likely to air in the UK later in the year, with a predicted autumn 2021 premiere date. It remains unclear, though, which channel will be picking it up; in the past, HBO has struck up deals with both Sky Atlantic and Channel 4.

We will keep you posted when we have further details.