To say 2018 has been huge for female representation on screen would be putting it mildly. This year, there were actors who gave amazingly in-depth performances that touched audiences in a myriad of ways. We saw female characters that were not stereotypical; instead, these women were multifaceted and complex beings with their own identities and sense of purpose.

From Danai Gurira and Letitia Wright’s respective performances as Okoye and Shuri in Black Panther to Toni Colette’s haunting turn as a mother overcome with grief in Hereditary to Viola Davis portraying a woman desperate to repay a debt she never incurred, there have been plentiful performances worth remembering this year. Although the writing and directing for each character was layered and gave the women identities wholly their own and separate from others in their respective films, the actors are the ones who ultimately give life to the women they were portraying. With each emotion expressed, audiences are able to invest in the characters and the story. 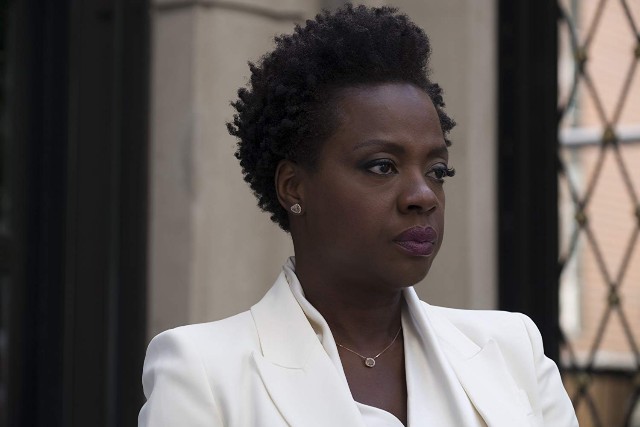 After losing her husband in a heist gone wrong, Veronica Rawlins (Viola Davis) is told that she has to repay her husband Harry’s (Liam Neeson) debt. To do that, she decides to recruit the other widows of Harry’s crew to carry out a heist to steal $5 million. What makes Veronica such a compelling character is how she interacts with people. In the scenes with Harry, she is soft and affectionate, whereas she’s reserved to the point of being rude to people she isn’t familiar with, like the other women. She is tough, determined and ready to risk it all, and she shows admirable fearlessness. 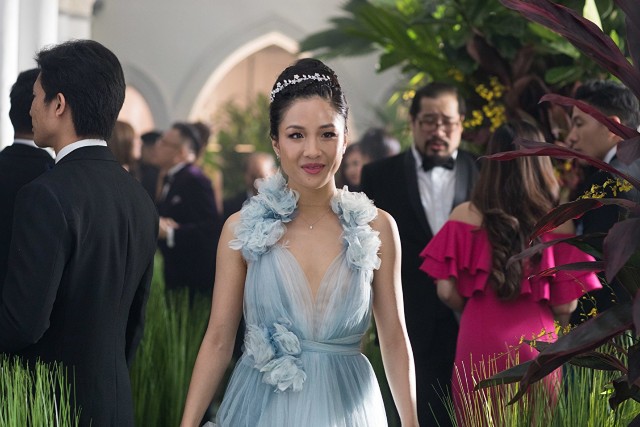 When Rachel Chu (Constance Wu) travels to Singapore with her boyfriend, Nick Young (Henry Golding), for a wedding, she experiences culture shock when she realizes that Nick is from one of the wealthiest families in the country. In an effort to make Rachel feel like an outsider, some of the female members of his family, particularly his mother, Eleanor (Michelle Yeoh), make comments on what they see as her being unworthy because of her social status, despite Rachel being an economics professor. Although she is hurt, Rachel never once allows them to intimidate her and lets them know that she has nothing to be ashamed of because her accomplishments are hers and can’t be taken away.

For the last three years, audiences have become familiar with Wu through her comedic role as Jessica Huang in Fresh Off the Boat. While Wu does have her comedic moments in the film, she also has moments of genuine honesty in depicting Rachel’s insecurities and her desire to fit into a world that feels deeply foreign even though she should, in theory, fit in well. 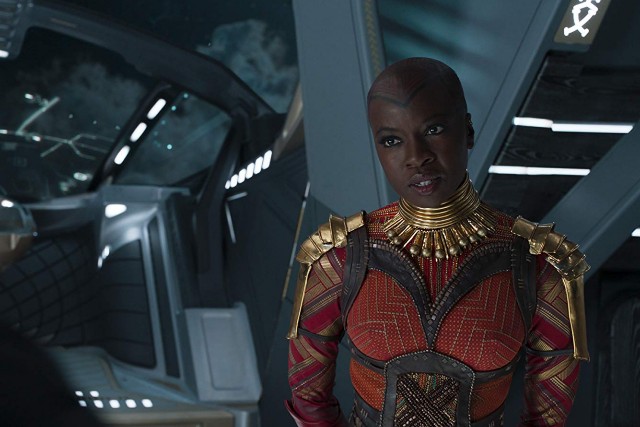 As the leader of Wakanda’s all-female army, the Dora Milaje, Okoye (Danai Gurira) is sworn to protect T’Challa (Chadwick Boseman), the king of Wakanda, with her life.

It’s not often that we see a woman as the leader of an army in film, and it’s rarer to see one entirely made up of Black women. Okoye knows that she has the Dora Milaje’s loyalty, just as the king has hers, and it was great to see her not only lead but also think and weigh the consequences of what being a leader meant.

Anyone who is familiar with Gurira’s work knows that she generally plays strong, multifaceted women, and that’s Okoye. Though she has to maintain a certain level of decorum as the head Dora, Gurira was able to show a lighter side of Okoye in her interactions with other characters.

Tish in ‘If Beale Street Could Talk’ 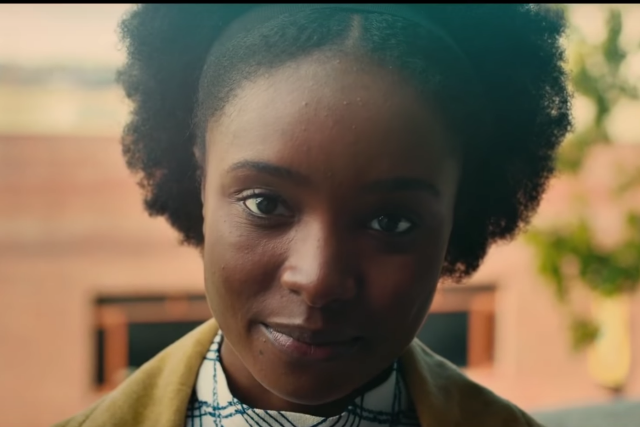 When her fiancé, Alonzo “Fonny” Hunt (Stephan James), is wrongfully imprisoned, Tish Rivers (Kiki Layne), with the support of her family, does everything she can to prove Fonny’s innocence while preparing for the birth of the young couple’s first child. At 19 years old, Tish has a very strong sense of loyalty and determination that is camouflaged by her soft-spoken nature. When she is confronted by others who doubt Fonny and their relationship, Tish is quick to defend them.

For her first film role, Layne does a fantastic job of imbuing Tish with quiet strength. Her ability to communicate what Tish is feeling and thinking in scenes with little to no dialogue and pull you into the scene is impressive. Layne definitely has a bright future ahead of her. 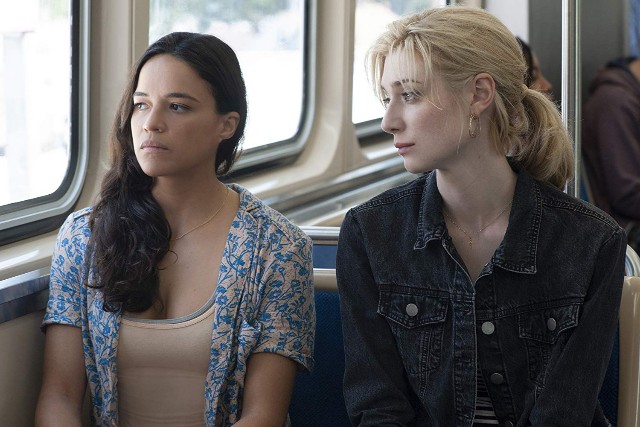 Like Veronica, Linda (Michelle Rodriguez) has to deal with the stress of losing her husband. But, unlike Veronica, Linda has two young children to care for, which puts added pressure on her to make sure the heist goes according to plan. Though Linda is the more soft-spoken of the women, she isn’t a pushover, and she stands up for herself. Over the course of the film, her intelligence is made apparent when she must find solutions to unexpected problems.

It’s nice to see Rodriguez in a dramatic role that allows her to show her range as an actor. Rodriguez got to ditch the tough demeanor and play a woman who is going through a range of complex emotions — fear, grief, anger and so on — that reminds us of the quiet strength women have to channel because they’re expected to carry on even in the darkest of times.

Evelyn in ‘A Quiet Place’ 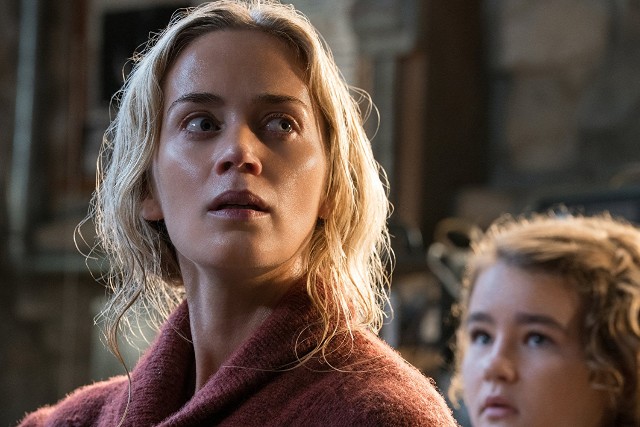 After the world becomes a hunting ground for alien creatures that prey on anything that makes a sound, Evelyn Abbot (Emily Blunt) does whatever she can to keep her children safe when silence is the key to their survival. As a mother, Evelyn reassures her children of their safety, tries to keep things as normal as she can and is always honest with them.

Blunt has always delivered top-notch performances, and she did it once again as Evelyn. Her versatility was demonstrated in multiples scenes throughout the film when she had to switch emotions and expressions, seemingly in the blink of an eye, without being able to make a sound and instead depending on her facial expressions and body language. Blunt did it well without coming across as overly dramatic. 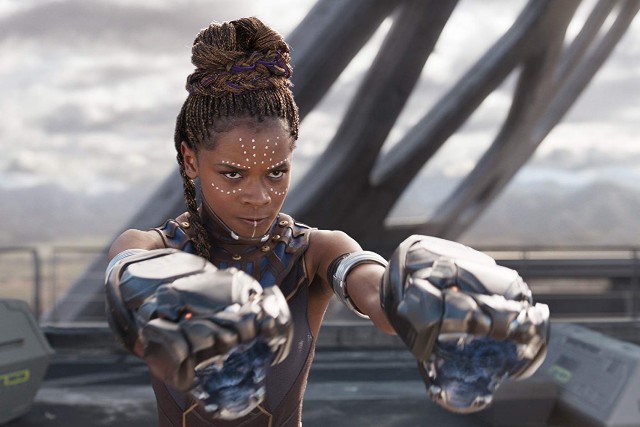 Not only is she a princess of Wakanda, Shuri (Letitia Wright) is also the resident tech expert. With her genius-level intellect, Shuri is the smartest person in the Marvel Cinematic Universe (MCU), and she isn’t afraid to show it. Even though she is young, the people around her respect and admire her work, value her opinions and trust her implicitly.

It’s important to see someone as young as Shuri working in STEM because she inspires young girls to pursue professions in various fields of study and to have confidence in what they believe in.

Sharon Rivers in ‘If Beale Street Could Talk’ 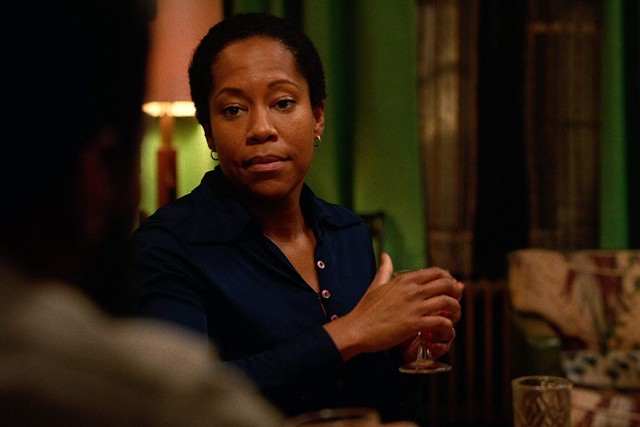 Sharon Rivers (Regina King) is a mother who will do anything to protect her children and family, including her son, Fonny. Though he may not be her son by birth, Sharon sees and treats him as her own. Like Tish, Fonny’s fiancée, Sharon is willing to go the extra mile to see him be proven innocent. When she learns of Tish’s pregnancy, she responds with love and understanding, which was great to see as too often we see mothers react differently in film and television.

King has long been a performer who gives her all to her character, and with roles like Sharon, there is a deep sense of empathy and understanding of who these women are. With Sharon, you see how King connects through her own experiences as a Black woman and mother, and that makes her performance all the richer. 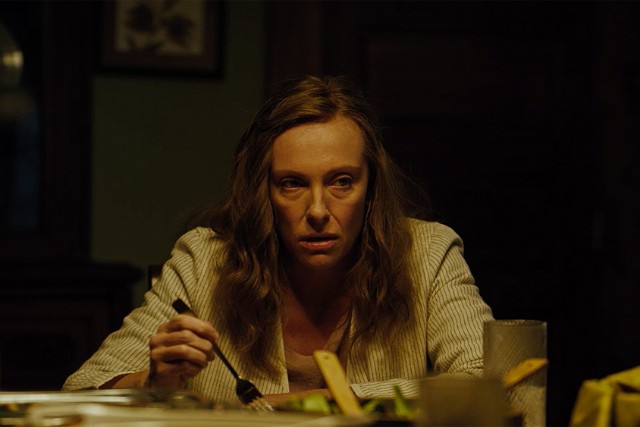 Following the death of her mother, Annie Graham (Toni Colette) finds herself struggling to hold onto her sanity. But strange things start to occur around her, then tragedy strikes again, and Annie begins to fall apart. As a miniature artist, Annie focuses on her work with a near hypnotic dedication. At first, that seems to work as a coping mechanism, but eventually it becomes apparent that she is breaking down bit by bit. With each piece she creates, a bit of her sanity is removed.

As Annie, Collette was both heartbreaking and terrifying to watch. You sympathize with Annie as someone who has suffered devastating losses, but the horror that she experiences and shows makes you want to get as far away from her as possible, and that’s not something easily accomplished as an actor. 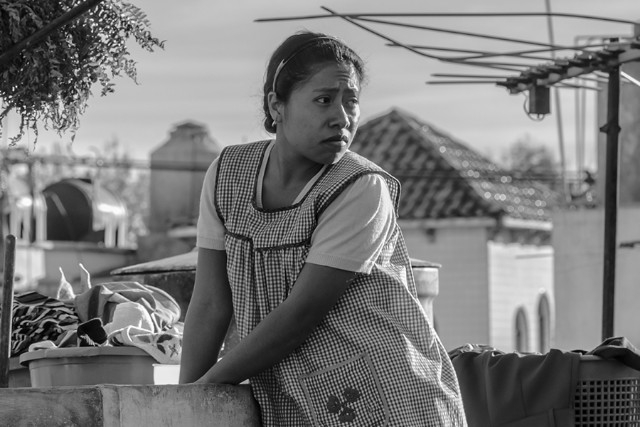 In Roma, Cleo (Yalitza Aparicio) is a young woman who works as the live-in housekeeper and nanny for an upper-middle-class Mexican family in the early 1970s. As the housekeeper and nanny, Cleo bears most of the responsibility of running the house. She is part of the family, but at the same time, not a family member. Her sense of isolation from the family is one that any person who has been a caregiver for an extended period of time recognizes and connects with.

Playing the lead in her film debut, Aparicio gave a performance that holds the attention of audiences whether she’s actively engaging with other characters in a scene or simply thinking about what Cleo’s next task would be. As a character, Cleo wasn’t overly emotive, so when Aparicio expressed emotions such as frustration, anger or sadness, they were palpable.

Lara Jean in ‘To All the Boys I’ve Loved Before’ 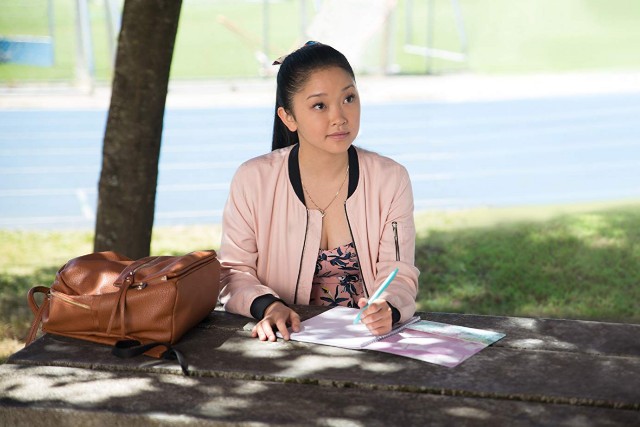 When letters that Lara Jean Song Covey (Lana Condor) wrote to her secret crushes are mailed to them, things take a turn for the worse, and suddenly, Lara Jean finds herself in a pretend relationship with one of her past crushes. It’s kind of a love triangle with her big sister’s ex, and it’s the center of attention at school. Like many teenagers, Lara Jean is a highly imaginative, emotional young girl with a flair for being dramatic, especially when she’s embarrassed — and frankly, who isn’t?