Home » Entertainment » These Stars Brought Their Relatives to the Golden Globes

These Stars Brought Their Relatives to the Golden Globes 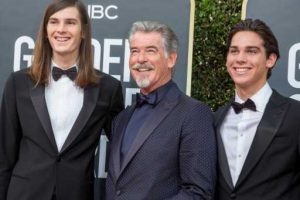 One perk of having a famous family member? You get to go to super-swaggy events like — oh, you know — the Golden Globes. Several stars showed up at Sunday’s ceremony with their relatives in tow, and we can’t say we blame them. Not only does sharing such a big night with your family seem fun, but it also undoubtedly earns the celebrity some major bonus points with their kin. Plus, who doesn’t love it when a celebrity kid (or kids, in Pierce Brosnan’s case) steals the spotlight during their famous parent’s red carpet interview?

A version of this article was previously published in January 2020.

The Golden Globes are a celebratory occasion, so it makes sense that stars would want to spend the evening with the people they love most — not to mention have someone who knows them best to share all of their secret asides with. 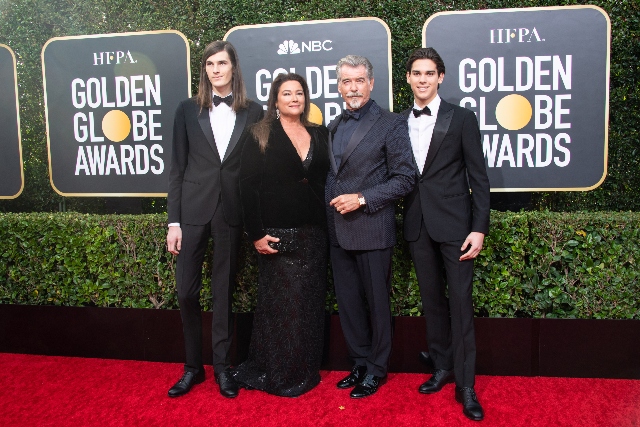 Pierce Brosnan’s sons weren’t there supporting their famous dad. Rather, he was there supporting them! Dylan, 22, and Paris, 18, are acting as this year’s Golden Globe Ambassadors, a role that Idris Elba’s daughter Isan held last year. Looking as dapper as their dad, the young men got some stellar pre-show advice from their parents. From mom Keely, enjoy it since it goes by fast. From dad? “Hold your shoulders back.” 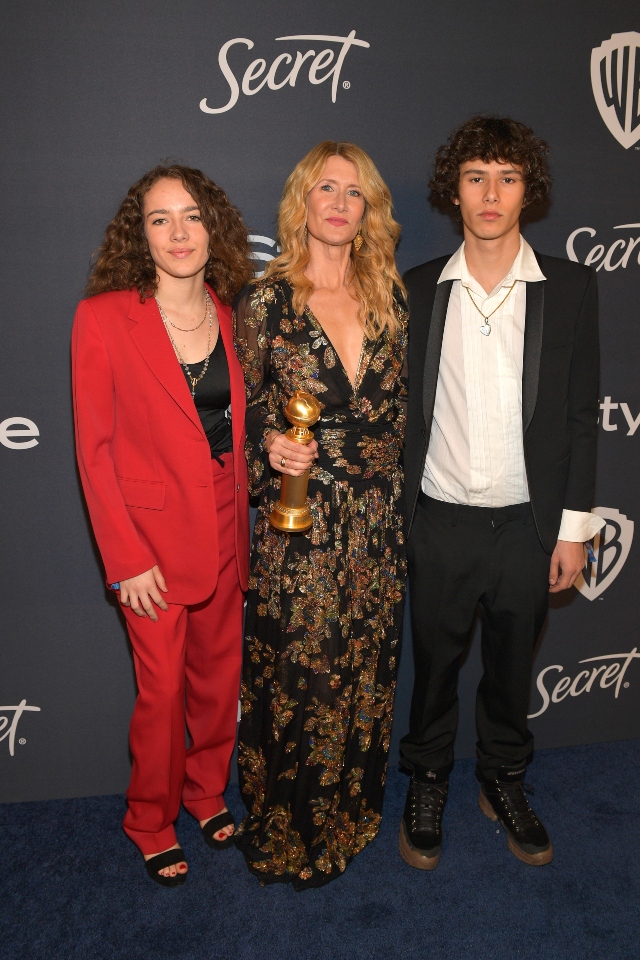 When Laura Dern won a statuette for her role in Marriage Story, she had the best cheerleaders by her side: kids Jaya Harper, 15, and Ellery Harper, 18 (with ex-husband Ben Harper). The actress even gave them a sweet shout-out backstage while discussing her win, saying, “To my amazing divorced parents, and to my amazing stepparents, and to my amazing children who came from love despite an ending in a marriage, we’re so privileged to redefine what family looks like. As Noah [Baumbach, director] has said… I want to tell a story where endings are not failures.” 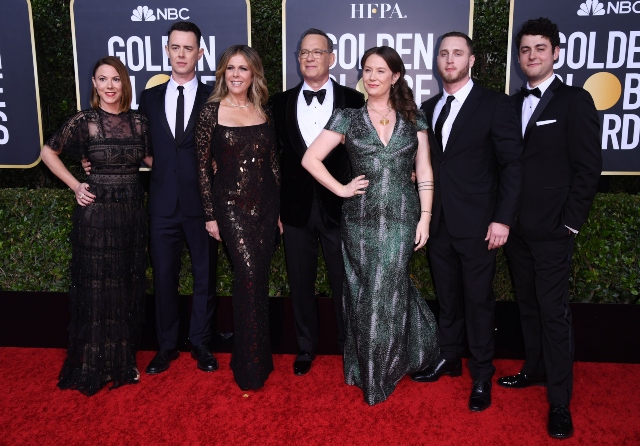 If you missed Tom Hanks tearing up during his Cecil B. DeMille Award speech over his beautiful family, go forth and watch ASAP. The Beautiful Day in the Neighborhood actor brought almost his whole brood along for the event, including wife Rita Wilson and Samantha Bryant, Colin Hanks, Elizabeth Hanks, Chet Hanks and Truman Hanks. 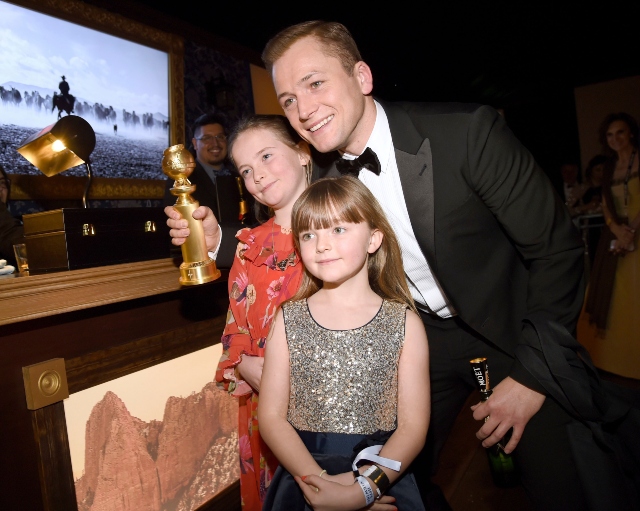 No one is immune to the cuteness that is Rocketman star (and winner, woohoo!) Taron Egerton hanging out with his sisters on the red carpet at the Golden Globes. 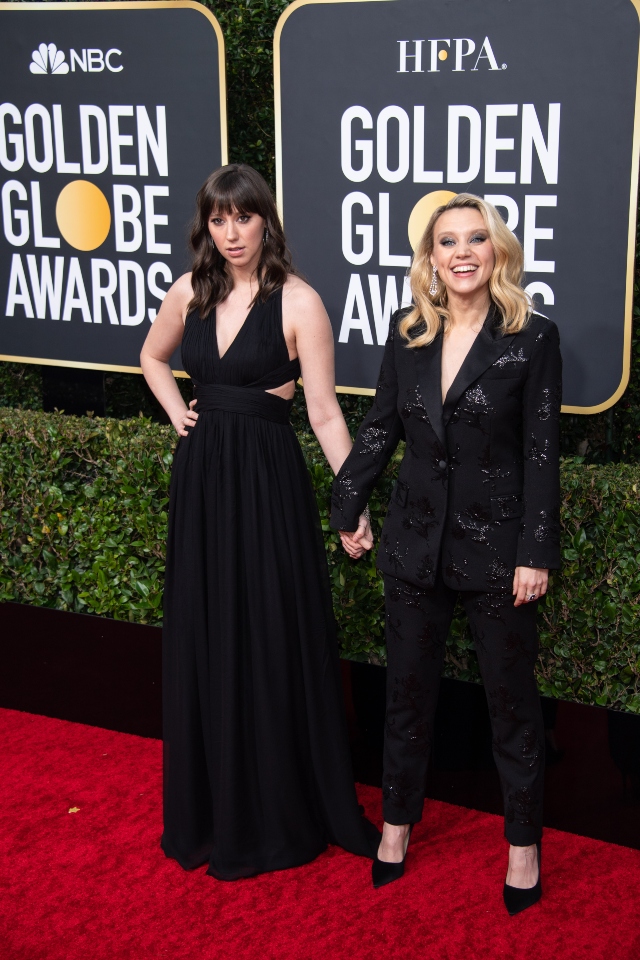 Not only did Saturday Night Live‘s Kate McKinnon slay in the monochromatic pantsuit trend that stole the awards show, but she also brought sister Emily Lynne along for the fun.