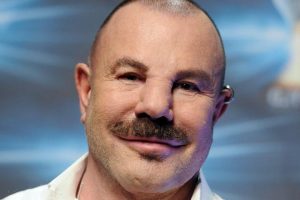 As the world is opening up, Paris is set to host Thiery Mugler‘s fashion archive exhibit. “Thierry Mugler: Courturissime,” which was first showcased in the Montreal Museum of Fine Arts in Canada, is wholly devoted to the French luxury fashion designer.

The exhibit will feature 150 outfits from 1977 to 2014, including various rare and iconic fashion pieces from the designer. Alongside Mugler’s couture outfits, some of the industry’s top talents including, the late Karl Lagerfeld, Guy Bourdin, Helmut Newton and David LaChapelle will also have their work showcased next to Mugler’s.

Mugler designs have been a hit amongst celebrities with Cardi B wearing Mugler’s 20th anniversary dress from 1995 to a recent Grammy Awards to Kim Kardashian, David Bowie, Lady Gaga and Beyoncé also showing love to the ecelctic designer on the red carpet. Montreal’s museum curator commented on the collection stating, “Mugler wanted to stage the daily life of people through fashion, that’s what attracted so many celebrities. They love him because he’s one of the few designers who can help celebrities become characters and stage their acts.”

The exhibit is the first time the designer has opened up his archive to the public. “Thierry Mugler: Courturissime” will be opening on September 20 in Paris at the Musée des Arts Décoratifs.

In case you missed it, Neiman Marcus emerges from bankruptcy with new Re-Introduce Yourself campaign.
Source: Read Full Article