Home » Entertainment » This is my failover headline

This is my failover headline 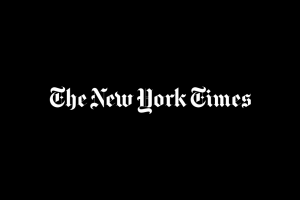 The villagers of Ban Boon Rueang, in northern Thailand, had long known that they benefited from the community wetland forest that supplied them with fish and firewood, but it wasn’t until devastating floods in 2010 that they realized just how much.

That year, flooding from the Ing river, which often spills its banks in the annual rainy season, was particularly severe, inundating several villages. Ban Boon Rueang escaped the worst of it because the 583-acre wetland forest served as a buffer.

“If it weren’t for the wetland, our village would have also got flooded severely,” said Srongpol Chantharueang, chairman of the Boon Rueang Wetland Forest Conservation Group (BRWFCG).

“We realized then how important it was for us. That made us more aware of the threats to the wetland, and more determined to protect it,” he told the Thomson Reuters Foundation as he walked around the forest, pointing to edible mushrooms and honeycombs.

Destruction of natural resources, the denial of forest rights, and loss of community lands in Thailand for industry and tourism have hurt farmers and villagers, many of whom lack formal tenure.

When the Thai government in 2015 earmarked Chiang Khong district, where Ban Boon Rueang is located, as part of a Special Economic Zone (SEZ), the villagers decided to oppose the plan to infill the wetland, with a novel approach.

END_OF_DOCUMENT_TOKEN_TO_BE_REPLACED

END_OF_DOCUMENT_TOKEN_TO_BE_REPLACED
We and our partners use cookies on this site to improve our service, perform analytics, personalize advertising, measure advertising performance, and remember website preferences.Ok