Home » Entertainment » This Is Us’ Milo Ventimiglia: There's a 'Blurry Line' Between Me and Jack

This Is Us’ Milo Ventimiglia: There's a 'Blurry Line' Between Me and Jack 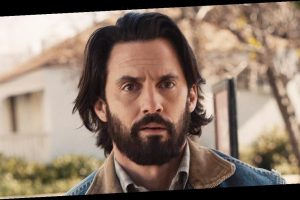 Separating the two. Playing Jack Pearson on This Is Us has become second nature for Milo Ventimiglia, but he still has to remind himself which one is which!

“It’s gotten easier because I know Jack, I know his reactions. They’re instinctual. They’re not planned,” Ventimiglia, 43, told Us Weekly exclusively on Tuesday, March 23. “I know who this man is. I know who he became. I know where he came from. So nothing is a surprise to me, but what that means is I get to really lean into these experiences of playing him and playing him, maybe even with a little more wealth of character having experienced him for so long.”

Everything We Know About This Is Us’ Flash-Forward Scenes

While Ventimiglia knows Jack very well, he also noted that sometimes he has to focus on “separating” himself from the character — now more than ever.

“There’s definitely been days, particularly this season with the start and stop of the schedule and the way we’ve had to operate because of COVID protocols, where the start into Jack is a little more difficult,” the Heroes alum told Us. “I’m so used to have been myself for three weeks of time that jumping into Jack is a bit jarring at times. Sometimes I’ll find myself reacting as Milo, and it’s kind of a blurry line to Jack. But then I’m like, ‘No, no, no. That’s not Jack!’”

The 10 Best TV Shows That Debuted in the Past Decade

This Is Us recently highlighted a time in Jack’s life when he struggled to fit in with his friends and fellow colleagues, both financially and socially — something that audiences first saw with his interactions with Rebecca’s father, Dave (Tim Matheson), who will be returning “very soon” for another arc.

“Tim Matheson will be coming back, popping in. I can’t say for how long, but we do see him pop up. That very story line does come up with between him and Jack,” the three-time Emmy nominee explained. “I know that’s always been something that Jack struggles with, and he never is one to put his own shortcomings onto anybody else or the things that he really struggles with. I think Jack does try to get his best, but sometimes his best — maybe in his mind — doesn’t measure up. We’re always going to be addressing that, especially when we’re looking at a younger man.”

Ventimiglia also noted that the experience is something he can relate to, telling Us, “Having been in my 20s, I know that experience. Going into my 30s and now in my 40s, I finally understand truly, like, who I am and what I can offer and what I can give, not just people that I know, but strangers on the street. It’s an interesting thing when you kind of find your place in life.”