Home » Entertainment » This Lockdown, England’s Theaters Know What to Do Online 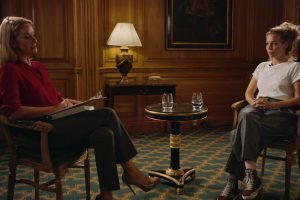 LONDON — What a difference a lockdown makes. By way of proof, consider the terrific lineup of actresses brought together for “Little Wars,” an imaginative if overly arch play by the American writer Stephen Carl McCasland that is streaming online through Dec. 3. Its run finishes the day after England’s second coronavirus shutdown is scheduled to be lifted, at which point theaters in most regions will, with luck, be open again.

Whereas streaming prospects during the first lockdown relied largely on recordings from theaters’ archives, the preference now is for material fashioned for the strange era in which we find ourselves.

The digital premiere of “Little Wars” testifies to the abundance of talented performers who can be drawn upon during the pandemic, and to their desire to practice their craft against difficult odds. I’m not sure McCasland’s conceit would amount to as much as it does without the collectively hefty presence of such actresses as Linda Bassett, Juliet Stevenson and Sophie Thompson, all established theatrical names here.

Seen in a workshop production in New York in 2014, “Little Wars” imagines a 1940 party in the French Alps hosted by Gertrude Stein and her lover, Alice B. Toklas. Their diverse guest list brings together no less than Agatha Christie, Lillian Hellman and the legendary wit Dorothy Parker. Oh, and a woman named Mary, who turns out to be someone else entirely.

But the occasion is more than McCasland’s gossip-heavy assemblage, which owes at least some debt to Caryl Churchill’s “Top Girls,” a classic of the English repertoire that begins with a fantastical all-female gathering of historical women before devolving into a penetrating domestic drama. The real delight here lies in the ever-welcome Bassett (a Churchill regular) as a tense, grim-faced Stein, alongside Stevenson in droll, dismissive form as the playwright Hellman, who doesn’t like it when one of her companions mistakenly refers to “The Little Foxes” as “The Little Horses.” Genocide may be in the air, but let’s get the title of Hellman’s signature 1939 play right.

Filmed very much for our Zoom era, the reading has been directed by Hannah Chissick, who catches the actresses in tight close-ups that put the performers first — and very sensibly, too.

A minor play given a major virtual airing, “Little Wars,” along with many offerings like it, points to the significant shift in streaming in the eight months since the pandemic caught theaters unawares. 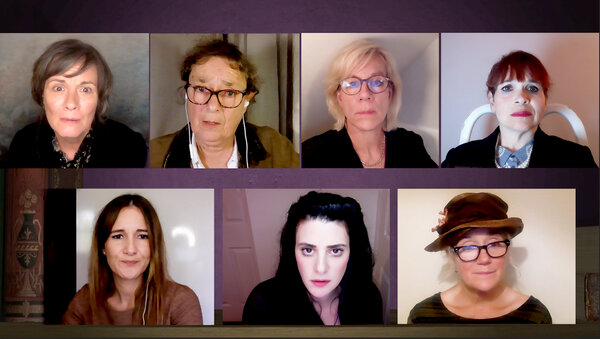 Back in March, shows closed abruptly and theaters were left wondering what to do: How best to remind audiences of their existence when their output couldn’t be seen live? An obvious answer was to trawl the back catalog. The National Theater had success with this approach, and its weekly National Theater at Home series, which finished in August, reminded devotees of this flagship theater of an astonishing breadth of work. Plays in the series were streamed more than 15 million times, according to the theater.

I, for one, was thrilled to see James Corden’s Tony Award-winning performance in “One Man, Two Guvnors” once more, and to revel anew in the invention of Michael Longhurst’s revival of “Amadeus,” which incorporated a live orchestra into Peter Shaffer’s storied play about Mozart and Salieri.

The more recent trend away from past productions and toward new work, with plays developed to work with an audience in-house or as streams, was the route traveled by a fine Off West End revival of the Jason Robert Brown musical “The Last Five Years,” which had its Southwark Playhouse run cut short not once but twice and is responding by livestreaming the final performances this week.

Also this week, on Friday, the National is making available for 24 hours via YouTube a solo play, “Death of England: Delroy,” by Roy Williams and Clint Dyer, whose widely anticipated opening night, Nov. 4, turned out to be its closing when the latest lockdown took effect the next day.

With good foresight, the production team filmed that performance, though the National promises the live version will be back next spring. The happy result is that the show will live in both mediums, offering renewed opportunities to be in the same room with Michael Balogun, who takes star-making, fiery command of Delroy, the Black British Brexit-supporter of the title.

One byproduct of this weird year is a theater community that has learned to be quick on its feet, whether that means fashioning work specifically for the web, as with “Little Wars,” or repurposing productions so that they are able to adjust to the changing dictates of the virus. Another show at the National, “Romeo and Juliet,” a revival intended for the stage this summer, is instead being filmed inside the theater’s Lyttelton auditorium for a TV airing next year, with a starry cast headed by Josh O’Connor and Jessie Buckley.

The Old Vic, too, has garnered attention with a heady sequence of plays, scheduled to be streamed afresh next year, filmed for online audiences on the stage of the empty theater. Further titles are promised over the months ahead.

And sometimes, the title on view all but defies classification. That’s the case with “What a Carve Up!,” a dizzying adaptation by Henry Filloux-Bennett of a satirical novel from the 1990s that updates the book’s murder mystery with nods toward Melania Trump and Prince Andrew’s infamous 2019 BBC TV interview.

Using all manner of film and video technology and combining the direct-to-camera language of YouTube with documentary archives, this giddy collaboration by three regional theater companies has had its online life extended through Dec. 2.

That gives us all additional time to ponder a new form of celluloid mash-up. It’s streamed theater that feels like everything, except a play.

What a Carve Up!
Through Dec. 2; whatacarveup.com.

END_OF_DOCUMENT_TOKEN_TO_BE_REPLACED

END_OF_DOCUMENT_TOKEN_TO_BE_REPLACED
We and our partners use cookies on this site to improve our service, perform analytics, personalize advertising, measure advertising performance, and remember website preferences.Ok