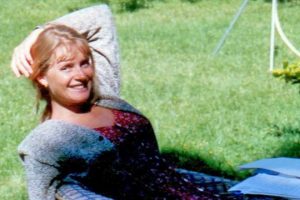 The unsolved murder of Sophie Toscan du Plantier has haunted the people of West Cork, Ireland for almost 25 years.

Now, in a five-part documentary series, six-time Oscar nominee Jim Sheridan will piece together original evidence, never-before-seen footage and interviews with those closest to the case as he tries to make sense of what happened that night.

Here’s what you need to know about Murder At The Cottage: The Search For Justice For Sophie.

What is the true story behind Murder At The Cottage: The Search For Justice For Sophie?

She “was caught and brutally killed when her clothing tragically snagged on barbed wire by the roadside,” says the Irish Independent.

The case remains unsolved to this very day.

The key suspect, English journalist Ian Bailey – the first reporter on the scene – was quickly arrested following eyewitness reports. However, he was released without charge owing to a lack of reliable evidence.

Speaking to the Irish Mirror, Bailey has said: “I never met Sophie or knew her. I saw her in the distance, and that was it. She lived a few kilometres away from us in Schull.”

Netflix’s most important true crime documentaries, from Unsolved Mysteries to The Family Next Door

Despite having never been found guilty in Ireland, Bailey continues to find himself publicly blamed by locals for Toscan de Plantier’s death. And, in 2019, he was found guilty in absentia by the French courts and sentenced to 25 years in prison.

“The whole French trial was bullshit. Ian wasn’t represented and they were presenting hearsay as fact. It was a complete and utter farce,” Bailey’s lawyer, Frank Buttimer, told the Irish Mirror.

“And then the three judges sentence him to 25 years in his absence… if he ever goes into a French prison, he will never get out of it.

“The French will keep moving him around. He won’t get any visitors, he will die there.”

Bailey has successfully fought repeated extradition requests from the French authorities for years, and still resides in West Cork. He maintains his innocence to this day.

Is there a trailer for Murder At The Cottage: The Search For Justice For Sophie?

The official trailer for the five-part documentary series has yet to drop, but Sky has released an eerie teaser for Murder At The Cottage: The Search For Justice For Sophie.

“People want answers,” Sheridan – who narrates the series – can be heard saying.

What are people saying about Murder At The Cottage: The Search For Justice For Sophie?

Sheridan, who has been working on the documentary for more than five years and has recorded hundreds of hours of footage, has said that he “just wants to get the truth.”

“I have to be the kind of chief investigator in some kind of way, and there are crazy questions that nobody asks that boggled my mind,” the director tells Variety.

“I don’t have the training or the obsession that somebody like a Kubrick or Scorsese would have, but I do think I have a little bit of ability to look with kind of x-ray eyes.”

True crime podcasts: a criminal psychologist explains the big problems with our obsession

Sheridan adds: “I just want to get to the truth and I won’t stop till I get there.

“And believe me, I’ll do that on this to the best of my ability. And I don’t care who tries to cross my path, I’ll just go after it.”

What is the release date for Murder At The Cottage: The Search For Justice For Sophie?

Murder At The Cottage: The Search For Justice For Sophie, a Sky Original documentary, is coming to Sky Crime and NOW “soon”.

We will bring you more details as and when they become available.