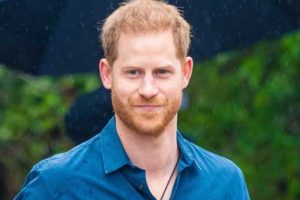 Now that it’s been over a month since Oprah Winfrey’s interview with Prince Harry and Meghan Markle aired in the U.S. and the U.K., the Duke of Sussex might be regretting his participation, according to one palace expert. Royal author Duncan Larcombe believes that Harry wasn’t ready to face his family after the death of his grandfather, Prince Philip. 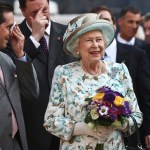 “I’ve heard Harry was feeling numb heading back to LA,” Larcombe told the U.K.’s Closer. “You could see in his face at the funeral that he was torn. He didn’t think he’d have to face his family so soon – and when he did, he had mixed emotions.” Being back in London “reminded him of everything he’s sacrificed in recent years” and that the interview caused quite a bit of harm to his family relations — and it’s why he left the U.K. so soon after the funeral.

This situation is to be expected, according to Larcombe, who has covered the Duke of Sussex over the years. He explains that he’s “a hot-headed guy” who often “acts on his emotions.” Harry possibly thought this would be a good way to communicate his displeasure with the monarchy’s treatment of his wife, but the story took on a life of its own after the explosive revelations.

It’s also easy to understand that Harry could be nostalgic for his former life given the circumstances. Major life milestones often bring up a wave of emotions, especially when he was separated from his entire family due to the rift and a pandemic. There could be some regrets in not being able to spend the last year with Prince Philip.

Larcombe thinks it’s going to be a “very difficult ride” for Harry as he tries to navigate his former life as a royal and his new life as a Hollywood insider. He’s also “facing the consequences” of his decision to speak to Winfrey about private family matters, but he did it out of love for his wife. In hindsight, though, the author believes Harry left the U.K. feeling “embarrassed, regretful and awkward” and possibly regrets leaving his royal life behind.

Watch: A Timeline of Prince Harry and Meghan Markle’s Relationship