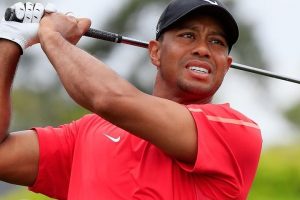 Tiger Woods is undergoing serious rehabilitation after experiencing critical leg injuries in a one-car crash in Southern California three months ago, according to the athlete’s first interview since the traumatic event with Golf Digest.

“This has been an entirely different animal,” Woods told the outlet of his injuries. “I understand more of the rehab processes because of my past injuries, but this was more painful than anything I have ever experienced.”

Woods is predominantly focused on regaining strength in his right leg, which endured the bulk of his injuries after he lost control of his car. The Los Angeles County Sheriff’s Department reported that the golfer was speeding before he crossed over onto the wrong side of Hawthorne Avenue, where he slammed into a tree on the side of the road. Authorities confirmed that there were no signs that Woods was impaired at the time of the collision and they did not press charges.

Doctors at Harbor-UCLA Medical Center found comminuted open fractures to the tibia and fibula in Woods’ right leg, both of which received immediate surgical attention. The athlete was then transferred to Cedars Sinai before he was able to continue rehab from his South Florida home in mid-March.

“My physical therapy has been keeping me busy,” he said. “I do my routines every day and am focused on my No. 1 goal right now: walking on my own. Taking it one step at a time.”

Woods is all too familiar with post-injury rehab practices. Between five knee surgeries and five back procedures — the most recent of which left doubts regarding Woods’ ability to return for the Masters — the golfer has experienced his fair share of long-term recoveries.

Woods declined to answer a question regarding his hopes of playing golf again.

In other golf news, the PGA Tour created a $40 million USD Player Impact Program that will connect with the biggest names in golf and pay out bonuses based on their popularity.
Source: Read Full Article