TikTok ‘Ratatouille’ Musical to Be Presented as Benefit Performance 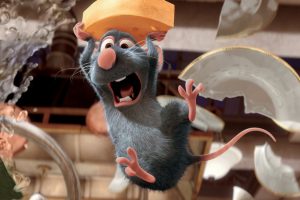 With Broadway houses and performance venues across the country closed because of the pandemic, musical theater lovers burned off pent-up creative energy on TikTok this year, creating songs, dances and even set designs for a hypothetical musical version of the 2007 Disney-Pixar movie “Ratatouille.”

Now, the crowdsourced hodgepodge of a show is coming to virtual life in a one-time-only benefit performance.

Seaview, a theatrical production company, announced on Wednesday that it would present an online performance of the show on Jan. 1 to raise money for the Actors Fund. The performance will be available for streaming for three days, the company said.

“The love for the performing arts shines through in the ‘Ratatouille’-inspired TikToks from theater lovers around the world,” Joseph P. Benincasa, the Actors Fund chief executive, said in a statement.

In thousands of TikTok videos, creators have paid homage to the movie, an animated film about a rat who dreams of becoming a French chef. Creators, some of whom can boast of honest-to-goodness Broadway credits, created their own songs, dances, makeup looks, set designs, puppets and Playbill programs.

Without a director, choreographer or stage crew, the performance will be unlike any show on Broadway. It came together organically on TikTok, where users have only a minute to catch people’s attention.

“In a year where we saw Broadway close, the TikTok community brought musical fans together virtually with one of the most unique trends we have ever seen on platform,” said Lizzy Hale, senior manager for content at TikTok.

Lawyers for Disney have a history of zealously guarding the conglomerate’s intellectual property. As social media has become a global force over the last decade, Disney has become more tolerant of fan appropriation, weighing the public relations risk of shutting down endeavors like this against a loss of control over its characters.

“Although we do not have development plans for the title, we love when our fans engage with Disney stories,” Disney said in a statement. “We applaud and thank all of the online theater makers for helping to benefit the Actors Fund in this unprecedented time of need.”

Daniel Mertzlufft, 27, a composer, orchestrator and arranger in New York, used a computer program to create his own song for a Disney-style finale scene he imagined.

Mr. Mertzlufft, who is involved with the performance, said there was coordination with Disney for the one-night-only benefit concert.

“I’m really excited about it and how the TikTok community manifested this,” he said.

END_OF_DOCUMENT_TOKEN_TO_BE_REPLACED

END_OF_DOCUMENT_TOKEN_TO_BE_REPLACED
We and our partners use cookies on this site to improve our service, perform analytics, personalize advertising, measure advertising performance, and remember website preferences.Ok