Timothy Rub Will Step Down at Philadelphia Museum of Art 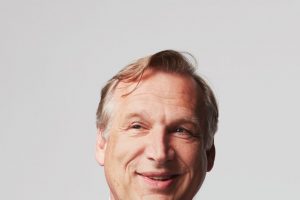 Timothy Rub, 69, the director and chief executive officer of the Philadelphia Museum of Art, on Friday announced that he will retire early in 2022, after 13 years at the helm of one of the most prestigious art museums in the country.

In 2009, he joined the museum following the sudden death of his predecessor, Anne d’Harnoncourt, from whom he inherited a $500 million expansion and renovation project, designed by Frank Gehry. Rub, who started his tenure during a global financial crisis, is ending his role during a global health crisis that saw the museum shuttered for several months.

“It has been a great honor to serve as the director of one of this country’s finest art museums,” Rub said in a statement, declining an interview. “It has also been a privilege to work with a talented and dedicated staff and with a group of trustees.”

But over the last 18 months, employees have questioned Rub’s leadership after several internal problems spilled into public view. Last year, a former manager was accused of sexual misconduct and another of physical abuse, leading government officials to criticize the museum. (Rub apologized to his staff for his mistakes in dealing with the fallout.) Employees unionized last August, citing the chief executive’s struggle to address gender and equity issues.

“We wish him well,” Adam Rizzo, the union’s president, said in an interview Friday. Other employees said that Rub’s announcement came as a surprise to staff.

Other important leaders have left the museum in the past year. Last September, Gail Harrity, a longtime president and chief operating officer, resigned. The deputy director of collections and exhibitions, Alice Beamsderfer, has also stepped down.

Phase one of the museum’s expensive overhaul had only recently finished, carrying a price tag of $233 million, just as the institution battled through the economic challenges of the pandemic, temporarily closed its galleries, announced a 20 percent reduction in staff and anticipated a $6.5 million budget gap.

In an interview with the Philadelphia Inquirer, the chair of the museum’s board of trustees, Leslie Anne Miller, said that there is some outstanding debt on the construction project. She also told the paper that Rub had confronted problems at the institution.

“He has rolled up his sleeves and begun to deal with the problems, intensely, systematically and constructively,” Miller said. “While we have by no means solved those problems, I think it fair to say that we have made significant progress in beginning to address them.”

Last year, executives began implementing a series of measures to improve the work environment. The board and staff members had diversity training and access to an anonymous hotline for reporting misconduct. In August, Alphonso Atkins Jr. will begin as the museum’s first director of diversity, equity, inclusion and access.

Rub will officially step down from the museum on Jan. 30, 2022, and the board is already initiating a search for his replacement.

“This is one more change for an institution that is rapidly changing,” said Christina Vassallo, director of the nearby Fabric Workshop and Museum, explaining that the Philadelphia museum hasn’t established a dialogue with neighboring cultural institutions in recent years. “Whoever they find to fill this role will hopefully lead the museum into the 21st century.”