Home » Entertainment » 'Tis the Season! A Guide to Every Holiday Movie Airing on TV This Year

'Tis the Season! A Guide to Every Holiday Movie Airing on TV This Year 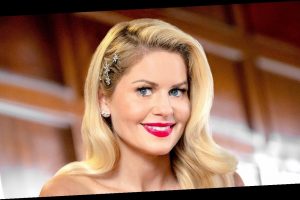 Grab your hot cocoa! The holidays have arrived early — as they always do when it comes to TV. Lifetime, Hallmark Channel, Netflix and UPtv have released their holiday movie lineups, bringing back some of their staple stars and introducing some new ones.

In September, Hallmark Channel announced their most diverse lineup ever, featuring their first film with a story line about a gay couple.

“Our holiday table is bigger and more welcoming than ever. This year’s movies reflect our most diverse representation of talent, narratives, and families, including The Christmas House, featuring a story line about a gay couple looking to adopt their first child,” EVP of Programming Michelle Vicary said in a statement at the time. “Our movies are rooted in warmth and positivity, meaningful connections, family gatherings, and seasonal traditions — a winning formula we hope will bring our millions of viewers much-needed levity and holiday cheer at the end of a tough year.”

The diversity expands across the other networks as well. At Lifetime, real-life married couple Ben Lewis and Blake Lee will star in the upcoming The Christmas Setup, the first film with an LGBTQ+ story line at its center.

Additionally, 2020 is the year of sequels! At Netflix, Vanessa Hudgens will return for a second installation of The Princess Switch, this time called, Switched Again. Later in the holiday season, Kurt Russell and Goldie Hawn return for the second Christmas Chronicles movie.

Bookmark this page now, and scroll down to find out when to see which films this season.

END_OF_DOCUMENT_TOKEN_TO_BE_REPLACED

END_OF_DOCUMENT_TOKEN_TO_BE_REPLACED
We and our partners use cookies on this site to improve our service, perform analytics, personalize advertising, measure advertising performance, and remember website preferences.Ok