Too Much High-Intensity Exercise May Be Bad for Your Health 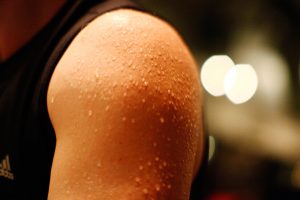 If high-intensity exercise is good for us, is more necessarily better?

Maybe not, according to an admonitory new study of the molecular effects of high-intensity interval training, also known as HIIT. In the study, people who began working out strenuously almost every day developed sudden and severe declines in the function of their mitochondria, which are the energy powerhouses inside of cells, along with incipient signs of blood sugar dysfunction.

Their metabolic issues started to reverse when they dialed back on their workouts but did not disappear, suggesting that the benefits of extremely vigorous exercise may depend on just how much we do.

At this point, almost anyone with an interest in fitness is familiar with the concept and appeal of high-intensity interval training. Consisting of repeated, brief spurts of hard exercise interspersed with a few minutes of rest, HIIT workouts can be quite short but are still able to improve substantially our aerobic fitness and many other aspects of our health. Studies show, for example, that intense bursts of exercise increase the number of mitochondria in our muscle cells, and more mitochondria are thought to contribute to better cellular and metabolic health.

But recent research has begun to hint that HIIT also may have unexpected downsides. In a study I wrote about in January, people who worked out with HIIT routines three times a week for six weeks did not improve their blood pressure or body fat as much as people who exercised far more moderately five times a week.

The authors of that study speculated that, by being sedentary for four days each week, the intense exercisers in the study may have undermined the otherwise potent effects of their HIIT sessions. On a weekly basis, they were not exercising enough.

But whether it would be advisable to do more HIIT sessions in a single week has not been clear. Most past studies and formal recommendations about intense workouts top out at three sessions a week, and few researchers have looked into how HIIT-ing harder or more often might affect health.

So, for the new study, which was published recently in the journal Cell Metabolism, researchers at the Swedish School of Sport and Health Sciences and the Karolinska Institute, both in Stockholm, set out, like Goldilocks, to sample different amounts of weekly hard exercise and see if any might be just right.

They began by recruiting 11 healthy men and women who exercised but were not competitive athletes. These volunteers visited the researchers’ lab for tests of their current fitness and metabolic health, including blood-sugar levels over the course of a day.

Then the volunteers began an ambitious exercise program. During the first week, they performed two sessions of HIIT, repeating four-minute-long intervals five times on a stationary bicycle, with three minutes of rest in between. The riders pedaled as hard as they could during each four-minute surge, while researchers monitored their power output. Afterward, the researchers biopsied leg muscles and rechecked the riders’ fitness and 24-hour blood-sugar control.

During week two, the riders added a third HIIT session and ramped up the length of some of their intervals to a draining eight minutes. In week three, they worked out five times, with a mix of four-minute and eight-minute spurts of all-out pedaling. Finally, in week four, for recovery, they effectively halved the amount and intensity of their exercise. Each week, the researchers repeated all testing.

Then they compared how people’s bodies had changed week over week.

At first, the findings were encouraging. By the end of week two, the riders were pedaling harder and appeared to be getting fitter, with better daily blood-sugar control and more total mitochondria in their muscle cells. Each of these mitochondria was also more efficient now, producing greater amounts of energy than at the start.

But something began to go wrong during week three. The volunteers’ ability to generate power while cycling flattened, and their subsequent muscle biopsies showed sputtering mitochondria, each of which was now producing only about 60 percent as much energy as during the previous week. The riders’ blood-sugar control also slipped, with seesawing spikes and dips throughout the day.

After a week of lower-intensity riding, their mitochondria started to bounce back, producing more energy, but still 25 percent less than during week two. Their blood-sugar levels also stabilized, but again, not to the same extent as before. The riders could pedal, however, with the same — or even greater — vigor as in week two.

Taken as a whole, the monthlong experiment suggests that “HIIT exercise should not be excessive if increased health is a desired outcome,” says Mikael Flockhart, a doctoral student at the Swedish School of Sport and Health Sciences, who conducted the study with his adviser, Filip Larsen, and others.

The study was not focused on athletic performance, but even for serious athletes, he says, piling on multiple, intense, interval workouts each week, with little rest between them, is likely to lead to a tipping point, after which performance, as well as indicators of metabolic health, slip.

The researchers are not sure precisely what changes within their volunteers’ bodies and muscles precipitated the negative results in week three. They tested multiple potential molecular causes, Mr. Flockhart says, but did not isolate an obvious, single instigator. He and his colleagues suspect that a cascade of biochemical changes within people’s muscles during the hardest week of exercise overwhelmed the mitochondria then, and the weakened mitochondria contributed to the disruptions in people’s blood-sugar control.

This study was small, though, and quite short-term, with barely a week of each exercise routine. It also featured healthy volunteers, so does not show whether results would be the same, better or worse in people with existing metabolic problems.

Even so, the findings strongly suggest that anyone interested in high-intensity interval training start small, Mr. Flockhart says. Train a few times a week and on the remaining days, maybe take a walk.