Home » Entertainment » Too Much Information About Disinformation?

Too Much Information About Disinformation?

This wasn’t supposed to be a huge project. It began mostly as a curiosity.

In the spring of 2017, a source gave me a State Department report from the 1980s that had exposed anti-American disinformation campaigns launched by Moscow. At the time, I was a senior video correspondent in the newsroom, and I started reading with low expectations.

I had seen similar reports over the years. Many were unreadable and, given the passage of time, felt irrelevant. But this one read like a movie script — which inspired me to start reporting.

I quickly hit a roadblock: Many of the people named in the report had died. So I put the project aside.

In the fall of 2017, when I became director of opinion video, I picked it up again, along with our video archival researcher, Dahlia Kozlowsky. We hired foreign-language researchers to find the original fake newspaper stories, which had been published in dozens of countries. We also found old videos of K.G.B. agents who had defected to the West and divulged incredible details about their careers as purveyors of disinformation.

It was stunning to watch these videos; it seemed as if the men being interviewed (yes, they were all men) were describing our 2018 political climate. 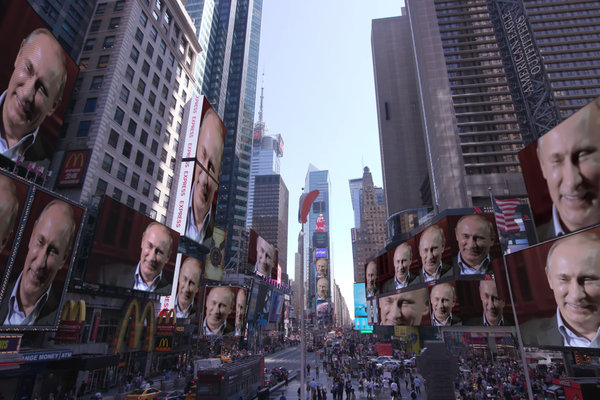 Eventually, I located a few retired American government officials who had worked tirelessly countering Russian fake news in a pre-internet era. I also found a former Czechoslovakian disinformation director named Larry Martin (previously Ladislav Bittman) who took orders from Moscow. He was thrilled to receive my email “after several decades of total ignorance” by society toward the subject of disinformation and “active measures,” the broad Soviet political campaign to demonize the West and reshape the world order.

Mr. Martin was 87, and he said his poor hearing made a phone conversation impossible. But he generously invited me to his home in a small town in Massachusetts.

By this time, we were a small team that included Jonah M. Kessel, a Times videographer who had previously lived and worked in China; Leah Varjacques, an assistant producer; and Adam Westbrook, a co-director.

When we arrived at Mr. Martin’s house, I noticed my LinkedIn profile printed out on his desk. Clearly, he hadn’t skipped a beat. He said he had taught disinformation at a college in Boston, but the topic lost appeal around the end of the Cold War, and his class was canceled. (I was crushed to learn that he died months after our interview, before our film debuted.) 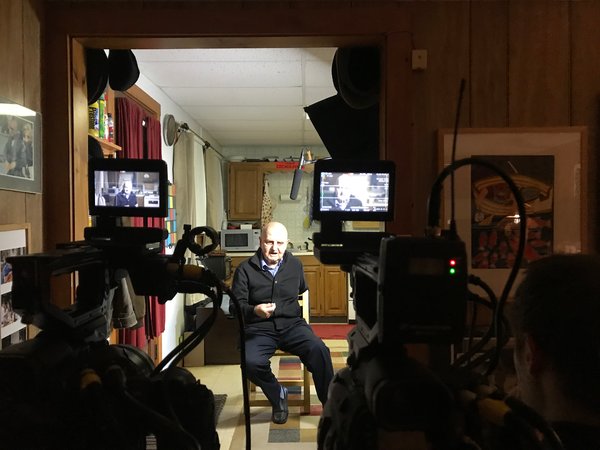 We produced a 12-minute video detailing the Cold War hoax claiming that the United States military had created the virus that causes AIDS to kill African-Americans and gay people. Over six years, the Soviets spread this conspiracy theory across 80 countries. A small task force within the American government exposed the lie, and a largely unreported cat-and-mouse game between Washington and the Kremlin ensued, ending with a shocking apology from the eighth and final leader of the U.S.S.R., Mikhail Gorbachev. (Never mind that the Soviets revived the lie again months later.)

As we put the finishing touches on the video, the special counsel in charge of the Russia investigation, Robert S. Mueller III, and the Justice Department indicted 13 Russians and three Russian companies, accusing them of conspiring to interfere with “U.S. political and electoral processes, including the presidential election of 2016.”

Reading through the indictment gave me goose bumps. It resembled those old State Department reports chronicling Soviet active measures and disinformation. The technology had changed, as had the scope and pace of the campaigns. But the DNA was nearly identical.

For example, one email from a defendant included in the indictment contained awkward English: “So we’re gonna organize a flash mob across Florida to support Mr. Trump. We clearly understand that the elections winner will be predestined by purple states.”

This mirrored how American officials discovered the AIDS lie, by detecting grammatical mistakes: An anonymous letter allegedly written by a “well-known American scientist and anthropologist” in New York, and printed in an Indian newspaper, claiming that AIDS was “believed to be the result of the Pentagon’s experiments to develop new and dangerous biological weapons,” referred to the “virus flu” instead of the “flu virus.”

We felt it would be a major disservice to produce a deep historical account and leave audiences to connect the dots to indictments in 2018.

So we began producing Episode 2, which outlines the seven time-tested commandments of Russian disinformation by overlaying the 1980s AIDS hoax with Pizzagate, a conspiracy theory that falsely claimed that the hacked emails of John Podesta, Hillary Clinton’s campaign manager, contained coded messages connecting Democratic Party figures with an alleged child sex ring run out of the Comet pizzeria in Washington.

At this point, the public conversation was evolving into a debate about solutions. Facebook’s C.E.O., Mark Zuckerberg, testified, and the complex challenge of regulating social media companies was consistently a top story. The Russia story was moving faster than our production. As Trump clashed with his own generals about these cyberattacks, interest in the topic spiked.

Again we regrouped, feeling it would be shortsighted to spotlight the crisis over two episodes without assigning some responsibility for the problem. After all, we are an opinion journalism department.

There is no silver-bullet solution to this crisis, but I found some hope in Eastern Europe.

I previously lived and reported in Lithuania and the Czech Republic, and this summer I found a striking video of leaders from the Baltic States testifying in Washington about the realities of disinformation.

When I lived in the Baltics back in 2002, the region deeply admired the United States and aspired to join the European Union and NATO. We were their mentors. This recent video startled me, as it was a stunning role reversal. Suddenly, Baltic leaders were the experts advising American officials, who kept asking elementary if not naïve questions, at which they shrugged.

For them, this is an old story about a government that has invaded them for generations — with everything from tanks to ideology to cybercrimes. As a result, many nations in Eastern Europe have installed progressive reforms to defend against disinformation, which they agree is a major threat to their young democracies.

So our video team produced Episode 3, which includes solutions from Eastern Europe and calls on the United States government to consider more urgent and bold reforms. Because we were also busy covering the news and felt the urgency of this rapidly evolving story, Andrew Blackwell, an Op-Docs editor, volunteered to join the project as a co-director on that episode, in which we argue that Western governments are unequipped to grasp the crisis, let alone defend us from state-sponsored information warfare.

After the United States was attacked on Sept. 11, 2001, we were on the ground in Afghanistan in less than a month. When the warfare is digital, we drag our feet in ignorance, if not denial. The attacks on the 2016 election were first plotted in early 2014, and some of our leaders are still debating who was behind those attacks and if they were real.

On the other hand, Russian leaders aren’t politicians as we understand them. From Vladimir Putin on down, many are former generals and intelligence officers who have made K.G.B. stagecraft, including information warfare, a practice of the state.

Last week, we decided to publish the series before the story takes yet another turn. Sadly, we are confident this project will remain relevant for quite some time.

Adam B. Ellick is the Director and Executive Producer of Opinion Video at The New York Times. He has produced Pulitzer Prize and Emmy winning video journalism. Previously, he was a senior international video correspondent and print reporter at The Times covering human rights. @aellick • Facebook 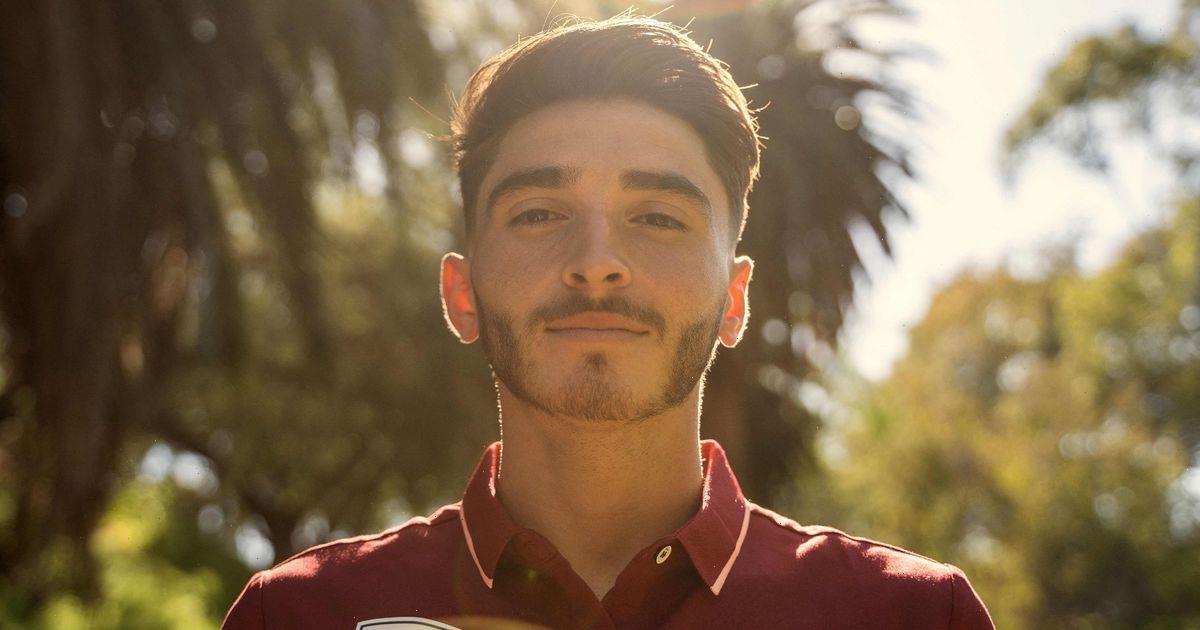