Home » Entertainment » Top talking points from Golden Globes 2023, from past controversies to winners

Top talking points from Golden Globes 2023, from past controversies to winners 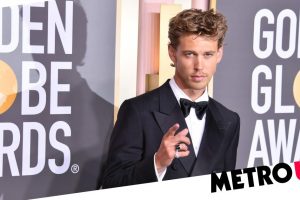 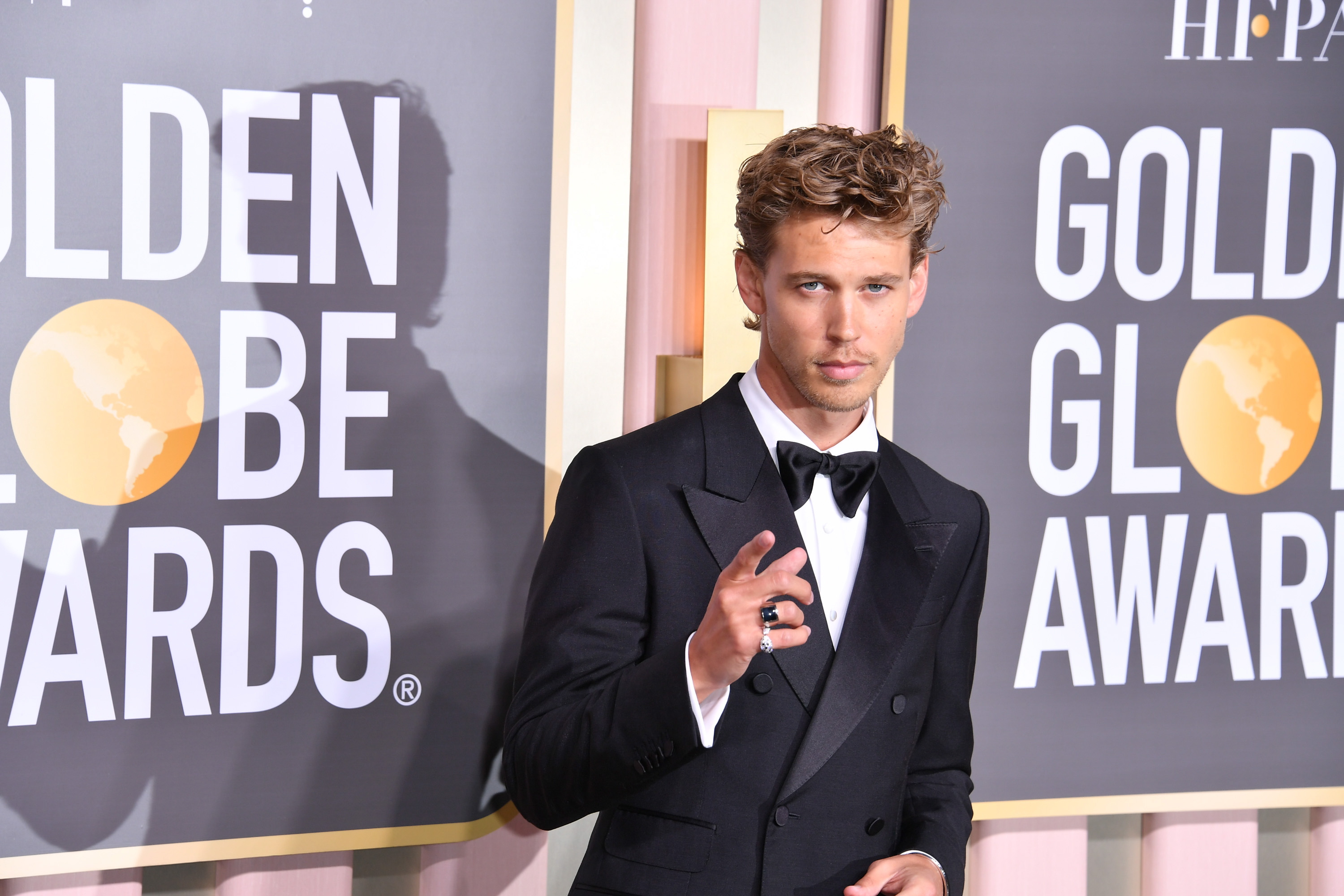 The 2023 Golden Globes have been and gone, and what a night of razzle dazzle it was!

The stars came out in their droves to celebrate the top winners of the night, with honourees including the likes of Steven Spielberg, Michelle Yeoh, Austin Butler, Jennifer Coolidge, Colin Farrell, Cate Blanchett and many more.

As fans have come to expect from award season, the night didn’t go by without making reference to various controversies, from the event previously being criticised for its lack of diversity to a joke made at the expense of Will Smith after he slapped Chris Rock across the face at the Oscars last year.

Some of Hollywood’s brightest stars were nowhere to be seen, as Zendaya, Kevin Costner and Tom Cruise didn’t turn up at the event.

There were also heartfelt moments aplenty, with Everything Everywhere All At Once star Ke Huy Quan paying emotional tribute to Spielberg in his acceptance speech after becoming the first man of Asian descent in nearly 40 years to win in the category for Best Supporting Actor in a Motion Picture.

Butler’s accent caused quite a stir when he won his accolade for his portrayal of Elvis, as he appeared to still be speaking with the King of Rock ‘n’ Roll’s husky accent.

From the mention of past controversies to the big winners of the night, here are the top talking points from the 2023 Golden Globes.

In his opening monologue, the 35-year-old brought up the criticism that the Hollywood Foreign Press Association, which conducts the Golden Globes, has received in the past for lack of diversity.

‘I’ll tell you why I’m here, I’m here because I’m Black,’ he told the audience at the Beverly Hills Hitlon.

‘I’ll tell you what’s been going on. This show, the Golden Globe Awards did not air last year, because the Hollywood Foreign Press Association, which I won’t say they were a racist organisation, but they didn’t have a single Black member until George Floyd died – do with that information what you will.’

He continued: ‘I took this job assuming they hadn’t changed at all. Regardless of whatever the Hollywood Foreign Press Association’s past may be, this is an evening where we get to celebrate. And I think this industry deserves evenings like these. And I’m happy to be here.’

In 2021, the Golden Globes came under scrutiny over the lack of inclusion and representation across the members of the HFPA.

The organisation pledged to bring about changes that would address ethics and inclusion.

Cate Blanchett, Austin Butler and Colin Farrell among top winners of the night

It was a night of celebration for many, as talented stars including Colin Farrell, Cate Blanchett and Austin Butler scooped up awards.

Colin’s win for The Banshees of Inisherin marked his first since 2009, when he was previously victorious for his role in In Bruges.

Having transformed into legendary music icon Elvis Prestley for Baz Luhrmann’s rip-roaring biopic, Austin took home the award for Best Performance by an Actor in a Drama Motion Picture,

Cate won for her performance in Tár, having won Golden Globes on three previous occasions, while other worthy winners including Michelle Yeoh for Everything Everywhere All At Once, Jennifer Coolidge for The White Lotus and Steven Spielberg for The Fabelmans.

Best Picture, Musical or Comedy: The Banshees of Inisherin

Best Performance by an Actor in a Motion Picture, Drama: Austin Butler (Elvis)

Best Performance by an Actress in a Motion Picture, Drama: Cate Blanchett (Tár)

Best Performance by an Actress in a Motion Picture, Musical or Comedy: Michelle Yeoh (Everything Everywhere All at Once)

Best Performance by an Actor in a Motion Picture, Musical or Comedy Colin Farrell (The Banshees of Inisherin)

Best Supporting Actor – Motion Picture: Ke Huy Quan (Everything Everywhere All at Once)

Best Performance by an Actor in a Television Series, Drama: Kevin Costner (Yellowstone)

Best Performance by an Actress in a Television Series, Drama: Zendaya (Euphoria)

Best Limited Series, Anthology Series or a Motion Picture made for Television: The White Lotus (HBO)

Best Performance by an Actress, Limited Series, Anthology Series or a Motion Picture made for Television: Amanda Seyfried (The Dropout)

Best Performance by an Actress in Supporting Role, Limited Series, Anthology Series or a Motion Picture made for Television: Jennifer Coolidge (The White Lotus)

Ever since Austin took on the role of playing Elvis, questions have continued to swirl around his accent, as his voice appeared to have deepened in real life to mimic the Jailhouse Rock singer.

Those questions were raised yet last night, when the actor accepted his award on stage.

Someone else remarked: ‘Austin Butler being stuck in the Elvis accent is a perfect cautionary tale against method acting.’

However, while speaking to press after his award win, Austin claimed that he didn’t think he was imitating the late musician, stating: ‘I don’t think I sound like him still.’

There were a few notable absent stars at last night’s Golden Globes, including Zendaya, who won her first ever award at the ceremony for her critically-acclaimed performance in teen drama Euphoria.

The 26-year-old issued an apology for missing the show on Instagram, writing: ‘I’m so sorry I wasn’t able to be there tonight.’

Yellowstone star Kevin Costner explained in a video message why he couldn’t be there, saying that he ‘had to pull the kids out of school in Santa Barbara’ amid flooding’.

‘This is the second time in five years that the freeway has flooded out, we found ourselves on the wrong side of the town and we couldn’t get back last night,’ he said.

Meanwhile, Top Gun: Maverick star Tom Cruise was also a no-show despite being nominated, having previously returned his three Golden Globes in a statement against the diversity controversy at the HFPA.

Almost a year after Will Smith slapped Chris Rock at the Oscars, it appeared inevitable that the incident would be brought up at the 2023 award season… and it was, by Eddie Murphy.

Last night, Eddie received the coveted Cecil B. DeMille Award at the event, in recognition of his illustrious career spanning decades.

During his speech, he claimed he had a ‘blueprint’ that he’d followed throughout his career, before referencing Will shouting at Chris to keep the name of his wife, Jada Pinkett Smith, out of his mouth/

Will struck Chris across the face at last year’s Academy Awards after the comedian compared Jada to ‘G.I. Jane’, after she’d shaved her head following her alopecia diagnosis.

It wouldn’t be an awards ceremony without a dazzling red carpet to boot, and last night the stars dressed to the nines as they graced the red carpet.

Wednesday star Jenna Ortega looked the polar opposite of her character Wednesday Addams in an elegant, Grecian-style Gucci gown, while Babylon actor Margot looked pretty in pink ahead of the release of her Barbie movie later this year.

To take a look at all of the most eye-catching red carpet looks of the night, click here.

Having clinching his first ever Golden Globe award for his performance in Dahmer – Monster: The Jeffrey Dahmer Story, Evan Peters expressed his hope in his acceptance speech that ‘some good’ comes from the show.

His remarks come amid continued controversy over the programme, which followed the true story of serial killer Jeffrey Dahmer and became one of the most-watched limited series in Netflix’s history.

The actor went on to thank the ‘incredible cast and crew and directors’ who worked on the series, calling Dahmer ‘a colossal team effort.’

‘Everyone gave it their all and I would not be up here without them,’ he said, paying tribute to his loved ones who ‘picked me up when I fell and carried me to the finish line.’