Home » Entertainment » Trevor Nelson on being a trailblazer: 'We didn't dream, we just got jobs'

Trevor Nelson on being a trailblazer: 'We didn't dream, we just got jobs' 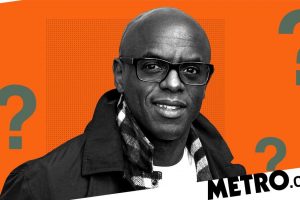 Welcome to Metro.co.uk‘s The Big Questions, where we ask, well, the big questions (and the smaller ones too) and this week, we’re diving deep with Trevor Nelson.

The acclaimed radio DJ has had a major impact on the British music scene in his decades in the job, having started out with Kiss FM in the 80s when it was still a pirate station.

A staple in clubs across London, Trevor went on to work at BBC Radio 1 where he presented the first ever national RnB show, Rhythm Nation, giving the now-mainstream genre a platform it had not seen in the UK previously.

Trevor has also been a major player on trailblazing Radio 1Xtra for years, something he’s incredible proud of, and in 1997 won a Mobo award, while 2002 saw him made an MBE.

With a stellar global career on MTV, as well as an annual summer residency in Ibiza, Trevor is still as busy as ever – and this December has a very special show at the Royal Albert Hall in London.

When you were growing up, was this something you always wanted to do? 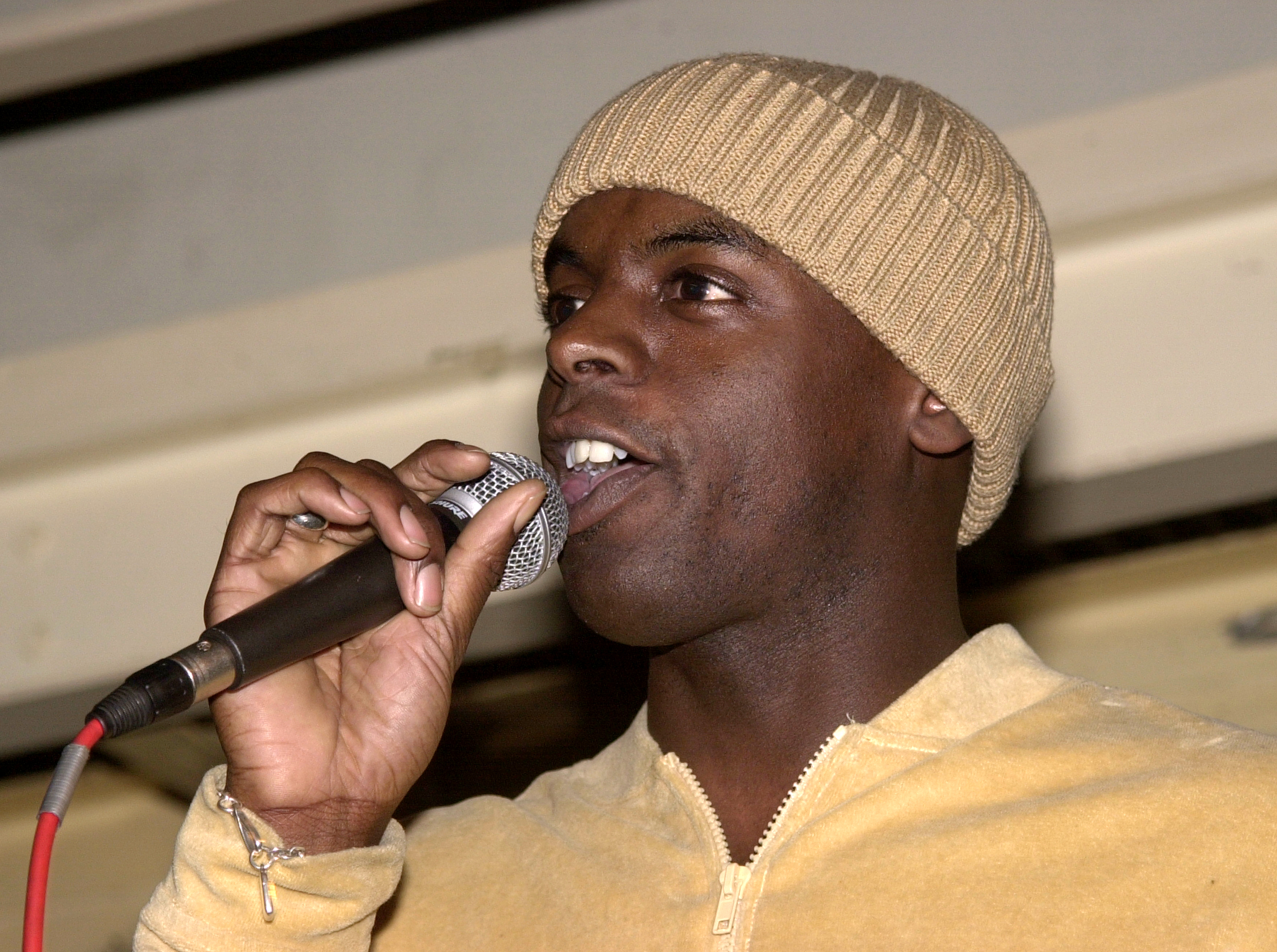 I always loved music so much, but I never dreamt I could work in music. I really didn’t, I just loved it.

And I was always drawn to it, I would work to make money to buy records or equipment, but I never thought it was realistic that I could work in it. I never dreamed of being a radio DJ or having the career I have, I just had a passion for music.

Because there was no one really like me that I could look up to and say “I want to be that person.”

The way it fell into place for me was very organic, through pirate [radio], through legal radio, through people offering me jobs, rather than me being super ambitious like young people today, who know what they want to do.

There’s a lot more clarity now. In my generation it was “just get a job.” Dreaming was very dangerous. It could mess with your soul. We didn’t dream, we just got jobs.

I’d love to say I planned it all – I didn’t plan anything!

You didn’t have anyone to look up to but you are that person to a lot of people – have you heard from younger people that you’ve inspired them?

‘I hear it now more than I ever heard it when I was doing it. When I was DJing years ago everyone wanted to compete with you, especially in nightclubs. I was doing a gig lot of people wanted to do – MTV and Radio. That was a pretty powerful position to be in musically.

But now I’m always shocked at how many people say Gosh, you were [that person].

I interviewed Stormzy and he was gushing about his family and how he had grown up on people like me. And you think, that’s who you were doing it for!

The kids growing up and being able to look on telly and see people like me, playing music they love. It’s something we didn’t have prior to me getting breaks on MTV, Radio One… it was very special. I always believed national platforms were the only way to make a difference.

What was your biggest takeaway from your interview with Stormzy?

I find him such an interesting character, a complex, interesting guy – and it was the human being I was interviewing.

Most MCs I’ve interviewed over the years, especially rappers from America, they’re very alpha. They put on a show, you can’t get under the surface, it’s a game. But Stormzy chose total vulnerability.

He’s almost like a walking contradiction in terms of what you expect. He’s a stomping guy but he’s soulful. I find it really interesting – the thing I share with him is pure passion. What I take from him is he allows himself to be honest.

I get tagged as this cool guy because I’m a DJ, I’m Black, but the truth is I’m as geeky as anybody who’s ever been on this planet, I’m as boring as anyone on this planet. I don’t walk into a room and think I’m cool. I want to walk my dog, I keep fish, I like playing golf, I like watching sport. I’m like any other man, I don’t wake up thinking “what cool thing am I gonna do today?” Stormzy is doing that.

He’s very powerful – he’s made a very different record. He didn’t need to make this record, he could have made another record where he comes out stomping and all the kids love it. But he’d be lying to himself, it’s not him. He wants to do what he wants to do at that moment and it’s very brave,

I hope what other people take from that interview is to be honest. Be honest in interviews. And I understand why people front – the nineties was full of lies about artists and their backgrounds and what they believe in. We didn’t have the internet or social media to get to these artists. The record label decided – and that’s changed.

You’ve been a public figure for a while, how has that changed for you since the rise of social media?

I’m so glad I had my career before social media, so glad! As much as I think I may have missed out on the endorsements everyone gets these days and the humongous following, [my] shows on MTV were global and I would have been under scrutiny for everything I did.

I think I may have lost a bit of my confidence [if social media was around then]. Despite what a lot of people say, they hate criticism – I hate criticism!

With my job, I’m always judged by the public. I’ve been in the position where it’s like, “forget your boss, it’s the public that judges you.” I mess up once, I’m done. When you think about how many times I’ve opened my mouth on the radio, thousands and thousands of times, it only takes once for me to be done. which is ridiculous – 99.9% of everything I’ve done is wholesome and honest., and I might make one mistake and it’s over.

I’m so glad the foundation of my career was done without any social media. Back then if you wanted to complain you had to write a letter – or at least an email. Now you just pick up your phone and click something and it could spiral out of control if I did something wrong or was in a bit of a mood and it becomes viral.

I do worry about it. But at the end of the day, if I was 18 again would I not want social media? Would I go back to the days where you take bus journeys, car journeys, flights to New York just to buy old-school records? It was fun but it was costly and time-consuming.

But I don’t think I would swap it for today – there were so many great memories, so much devotion and dedication required to get to where I am. I’m not sure I would have had the career I have otherwise.

You were behind the first-ever national RnB radio show with Rhythm Nation – now one of the most popular mainstream genres today, how does that feel?

How have you noticed things changing over the years?

The club scene was really important [then]. You had to be dedicated to certain radio shows. Now the music is everywhere. It gets released everywhere in the world at the same time. I don’t want to knock young DJs, I don’t want to say they’re not relevant, but there’s less of a reliance on them.

You don’t sit down and think, “right at 9pm I have to listen to this,” because you can listen whenever you like, you can download stuff. And there’s a lot more competition. Someone who’s crazy into music can compile their own playlists but they don’t have to over-invest in the culture to love it. It’s a good thing for the music – any music can be mainstream as long as the public wants it.

No one can say “I put my single out on Spotify and it didn’t do well but its not my fault,” because it’s out there.

And the scene itself is different. I wouldn’t say it suffered, I just think it’s different. My daughter wanted to DJ, she’s very successful and she’s doing it the way I did it – she’s not using daddy’s name, she’s out there grinding away.

‘I won’t even say her name because she’d kick me for saying it! But there’s a disconnect between clubs and music that there wasn’t back in the day.

People went to clubs and they wouldn’t go out unless they knew who was DJing. Now they go because it’s the place to be and just to drink or party or whatever.

You were a trailblazer, as was BBC Radio 1Xtra which turns 20 this year. How do you feel about it?

1Xtra is so important to all Black music musicians, it is absolutely incredibly vital. If you ask musicians they’ll tell you they got their first national play on 1Xtra – they’re good for playing artists no one knows. It’s not about the main hits, it’s about breaking artists, keeping that conveyor belt of artists coming through.

There isn’t one artist of Black music who hasn’t done a Live Lounge or who hasn’t had an early break… 1Xtra has always been there at the epicentre of the music scene. And the development’s been crazy. When I was starting out we had some artists going on to major labels and they did quite well. But they were few and far between.

All of a sudden 10 years later 1Xtra emerges, it’s no coincidence that there’s a much more slick conveyor belt of MCs, singers, it’s a much bigger industry now. And it’s why I joined, after years of being at Radio One.

My whole career I’ve never seen that level of Black music being reproduced: that many producers, that many MCs. It was great to be there, it was really rewarding.

Where might we find you on a typical Saturday?

Unfortunately, being in some hotel room in the middle of nowhere after doing a gig as I still DJ quite a lot. I’m normally quite miserable if I’m in a hotel room as I can’t sleep in hotel rooms.

Sometimes I’m just driving back home from somewhere, still tired from the night before. Or it might be the first day in the week where I’ve actually got some time for myself. If I’m actually free to do anything I tend to go to my garage – I’ve got a little golf screen in there so I hit balls against it. Then I do exercise, like do squats after every shot I take. So it’s not really exciting I’m afraid!

I’ve always worked on Saturdays, so I’ve never really known the weekend to feel like a weekend.

When the football season is on I go to Chelsea, I’ve been a season ticket holder for bout 25 years. So I go to Stanford Bridge for a home game or I absolutely jump up and down for joy if I have nothing to do on a Saturday as it’s very rare!