Home » Entertainment » TV is highlighting Broadway this week. Here’s how to watch.

TV is highlighting Broadway this week. Here’s how to watch. 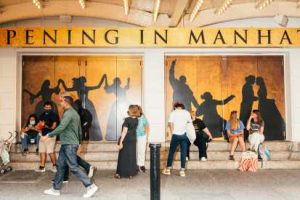 The main reason that “Wicked,” “Hamilton” and “The Lion King” decided to start performances on the same night is that they thought they could attract more attention to Broadway that way.

Even though four shows had already started running, and dozens more have yet to come, there has been a flurry of television coverage of Broadway this week, all serving to remind viewers that performances have resumed.

Here are some highlights that might be of interest:

This morning, Good Morning America did a segment on the reopening.

Over the weekend, CBS Sunday Morning featured the return of “Wicked”:

Jimmy Fallon is discussing the return of Broadway all week on “The Tonight Show.” Tonight he’s scheduled to feature “Tina — The Tina Turner Musical,” tomorrow is “Dear Evan Hansen,” Thursday is “Six,” and Friday is “Wicked.” Last night, he featured an Off Broadway musical, “Little Shop of Horrors,” which is scheduled to reopen Sept. 21, starring Jeremy Jordan, at Westside Theater.

On “The Late Show,” Stephen Colbert talked last night with Jeff Daniels about next month’s return of “To Kill a Mockingbird,” and tomorrow night he is expected to talk with Stephen Sondheim, whose “Company” revival is coming in November.