In July, Daniele Gatti, one of the world’s leading conductors, faced allegations that he forced himself on two singers.

A few days later, the Royal Concertgebouw Orchestra of Amsterdam terminated his contract, saying a number of its female members had reported experiences “which are inappropriate considering his position as chief conductor.”

Now, just months later, Mr. Gatti, who denies the allegations, is back. In December, he was appointed music director of the Rome Opera. A major Italian classical music magazine put him on its cover and named him among its people of the year.

In December 2017, Charles Dutoit, another star conductor, also found himself at the center of a sexual harassment scandal, which grew to include accusations of inappropriate conduct between 1985 and 2010. Mr. Dutoit denies the allegations. But major orchestras around the world, such as the Boston Symphony, severed ties with him.

Mr. Dutoit is now back, too. In September, he was named principal conductor of the St. Petersburg Philharmonic in Russia, and conducted at a festival in Switzerland.

The initial actions against the two men led many to feel that classical music was getting a grip on sexual harassment, especially following the firing of James Levine, the Metropolitan Opera’s former music director, who was accused of sexual misconduct. But the rapid return of Mr. Gatti and Mr. Dutoit has led some to ask whether the cult of personality that surrounds maestros in a tradition-bound field has won out, particularly in countries like Italy and Russia where the reaction to #MeToo has been relatively muted.

There has been little public questioning of either conductor’s return. In April, Anna Netrebko, the Russian soprano, initially dismissed the notion that the classical music world had a problem with sexual assault. “Nobody will ever force you to do anything, never,” she told the British radio station Classic FM. “If you did it, it means that you allowed that.” 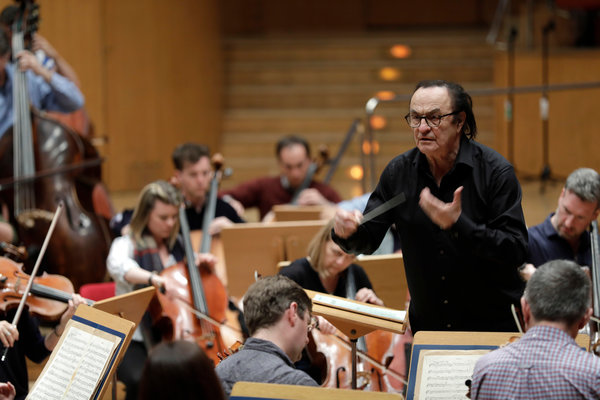 Other allegations have drawn similar responses. In November, Nike Wagner, the great-granddaughter of Richard Wagner and the artistic director of Beethoven Fest in Bonn, Germany, said a German music professor, Siegfried Mauser, who had been convicted of sexual assault, was the victim of a “malicious scheme.” (Ms. Wagner did not respond to a request for interview.) In the Netherlands, Pieter Jan Leusink, the founder of the country’s Bach Choir, has been accused of sexual misconduct, but is giving major concerts.

Carlo Fuortes, the general manager of the Rome Opera, said in an email that there had been no prosecutions against Mr. Gatti and noted that the allegations go back 20 years. “We cannot sentence anybody without a regular prosecution. I believe this will be very dangerous,” he said.

The orchestra examined the allegations, he added. But Jean Raes, the managing director of the Concertgebouw Orchestra, said in an email that the Rome Opera had not contacted him.

The St. Petersburg Philharmonic refused to answer questions about whether they had examined the allegations against Mr. Dutoit.

“I’m disappointed more in the classical music world than him, I guess,” said Paula Rasmussen, an American singer who claims that, almost 30 years ago, Mr. Dutoit forced himself on her in a dressing room and shoved her hand down his pants. “No one’s holding him out to explain or apologize,” she added in a telephone interview. “This is why people don’t come forward.”

Anne-Sophie Schmidt, a former leading French soprano who said she had a similar experience while performing with Mr. Dutoit in 1995, said, “It proves classical music doesn’t want to admit there’s a problem.” Mr. Dutoit called her into his dressing room, forcibly kissed her and grabbed her breasts, she said in a telephone interview.

“I get a few messages — Facebook, emails — from young singers thanking me for what I’ve done in speaking out,” Ms. Schmidt said. “They say I can do it as I’m retired. They say it’s happened to them, but they are afraid to speak.”

The New York Times contacted ten high-profile conductors and other leading classical music figures for comment, but was told they were busy, on vacation, or felt they did not know enough to comment. Nick Mathias of IMG Artists, which represents Vasily Petrenko, the Russian conductor who works across Europe, said Mr. Petrenko was busy, but added: “I really don’t think it would be at all appropriate for Vasily, or any other conductor, to be commenting on senior conductors such as Dutoit or Gatti.”

Nikolaus Pont, the general manager of the Bavarian Radio Symphony Orchestra in Munich, said in a telephone interview that the ensemble had decided to keep Mr. Gatti on for two concerts which he conducted in October, despite the allegations against him. But the whole process had involved two months’ agonizing, and he still felt “discomfort” about it, he said.

Mr. Pont said he contacted the Concertgebouw for more details, but they would not provide any, for legal reasons. No one at the Bavarian Radio Symphony Orchestra reported any problems with Mr. Gatti, and Mr. Pont said he could not find any official reason that the performances should not occur.

“It was a difficult decision, as the last thing you want to do is give the impression of wanting to cover anything up or play anything down,” Mr. Pont said. The issue of sexual misconduct needs to be discussed more in classical music, he added, and not just in orchestras, but also in universities and academies. He referred to the case of Mr. Mauser, a former president of Munich’s University of Music and Performing Arts, who was convicted on three counts of sexual coercion against a singer. In December, the university announced a ban on teaching in private rooms following the scandal.

Other German orchestras have considered working with Mr. Gatti. In December, the Berlin Philharmonic said two concerts with him in 2019 had been canceled because the conductor was unwell, but the orchestra did not rule out future engagements. A spokesman for the annual Wagner festival in Bayreuth, Germany, would not confirm or deny that it was considering inviting Mr. Dutoit to conduct the “Ring” cycle in 2020.

Alicia Berneche, a soprano who has made allegations against Mr. Gatti, said in a telephone interview that his return reminded her of Louis C.K.’s comeback. She said that Mr. Gatti grabbed her bottom and shoved his tongue down her throat on her first day of rehearsals at the Lyric Opera in Chicago in 1996.

Both Louis C.K. and Mr. Gatti returned to public engagements only months after facing allegations, she added: “The question is when is the penance long enough?”