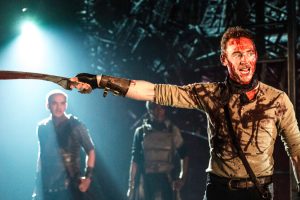 LONDON — Cultural institutions around the world have been pivoting to online this year, and Britain’s National Theater arguably been one of the most successful.

From April to July, with its stages shuttered by the coronavirus pandemic and many of its staff furloughed, the theater put recordings of recent hits on YouTube, starting with the wildly popular comedy “One Man, Two Guvnors.” Those videos got over 15 million views in total.

Last week, it also made a recording of its latest production, “Death of England: Delroy” — which closed the night it opened, because of a second national lockdown in England — available to view free for 24 hours.

Now, the theater has decided to change tack. Just days before it reopens for a second time this year with “Dick Whittington,” a family Christmas show, it has started its own streaming service — National Theater at Home — costing $12.99 plus tax for a monthly subscription, and with a pay-per-view option for individual plays.

The service offers 11 plays at launch on Tuesday, including Michael Longhurst’s 2016 production of “Amadeus,” telling the story of Mozart’s rivalry with Antonio Salieri, and Nicholas Hytner’s 2009 production of Racine’s “Phèdre” starring Helen Mirren. There is also a musical for children, “I Want My Hat Back.”

The reason for the new approach was simple, said Rufus Norris, the theater’s artistic director, in a telephone interview: money. “It’s not sustainable in the long term to keep it free,” he said. The National Theater asked for donations when it streamed plays on YouTube, and received about 350,000 pounds, roughly $467,000. That worked out at just a few cents per stream.

This wasn’t enough for the theater, or the actors, writers and directors involved in the productions, Norris said.

“Obviously our target is people who love theater,” Norris said, when asked if the service could compete with the likes of Netflix and HBO Max. “But it’ll let other people see the actors they love in a completely different context,” he added. The initial slate of plays includes performances by Olivia Colman, Tom Hiddleston and Michaela Coel.

In an interview, Norris also talked about what the National’s move meant for other theaters, the challenges of switching to a paid service and streaming’s prospects once theaters return. These are edited extracts. 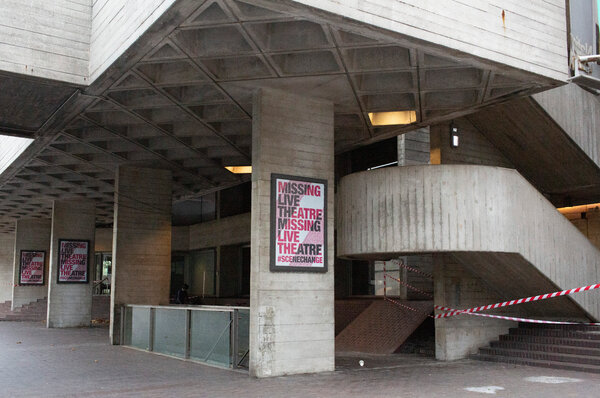 Your lockdown streaming efforts were already so successful. Why decide to change approach?

The theater’s in a perilous situation, like all theaters are over the world, and we’re facing some very difficult circumstances due to lockdown coming back, social distancing still going on. So it felt like what we had to do. We’ve kept the subscription fee as low as we can.

But another reason is, this period has been particularly perilous for the artists on whose work we build everything: the actors, writers. And this subscription model means that we can — to a degree — make sure that they’re benefiting from it. They’ll get a share of any income that we make.

I understand this has been in the works for months. Has negotiating payments to artists been the biggest challenge?

Yes. When we launched on YouTube, it was a very, very quick idea — just contacting everybody and saying, “Look, we’re closed, is this something we can do for free?” And everybody immediately piled in and said “Yes.” But at that stage none of them, and none of us, knew how long this was going to go on for, or that freelance artists would be struggling so much within it.

As soon as that became apparent, we immediately started paying fees and back pay for the films we’d put online. This is trying to make that sustainable: We’d love to be able to make our plays free all the time, but that’s just not the world that we’re in.

Musicians with work on streaming services complain they need millions of views to make anywhere near minimum wage. Do you expect a similar response?

They’ll all get paid, whatever happens.

Do you think there’s no alternative for theaters but to go online now?

We’re in such a fluid situation at the moment, it’s really hard to predict what the world’s going to be like in one month, let alone six, let alone two years. We’ll be keeping a very beady eye on how much demand there is for it. And as we start to return to normal whether there’s any measurable negative impact on attendance in our actual theaters, which obviously is completely the opposite of what we intend.

The degree theaters have embraced digital during this time, and certainly the audiences have, would suggest the two can happily coexist.

I can imagine theater lovers who can afford the fee will love this, but some theaters might think, “Oh, God, how can I compete against the National with its reputation and star names?” Is there room for everyone?

I just don’t know. In the end, there’s a huge audience out there with very varied tastes, and there are many initiatives that have found their own market in lockdown.

We do bring other theaters on in terms of the work we’re doing. This will have on it a show from the Donmar Warehouse, and one from the Young Vic, in London. We’re trying to do more.

The National in its early days — the 1960s and 1970s — had legendary actors like Laurence Olivier performing. Will people eventually see very old grainy footage of them on the site too?

I’m not sure how far the archive goes back, to be honest. The older films will be very simple and they were made more as a record for archive purposes, or in case the production was being remounted. So I couldn’t speak to whether the quality would even be good enough.

The oldest production you’ll be showing to start with is a version of “The Cherry Orchard” from 2011. Out of those 11 productions, where should a new viewer begin?

I’m biased toward “Mosquitoes” because it’s a production that I directed. And Olivia Colman’s wonderful in it. But actually Inua Ellams’s “Three Sisters” was a very, very beautiful production recently, and “Amadeus” is fantastic. I could keep on going!

END_OF_DOCUMENT_TOKEN_TO_BE_REPLACED

END_OF_DOCUMENT_TOKEN_TO_BE_REPLACED
We and our partners use cookies on this site to improve our service, perform analytics, personalize advertising, measure advertising performance, and remember website preferences.Ok