Home » Entertainment » 'Uncut Gems' Is Headed to the Criterion Collection

'Uncut Gems' Is Headed to the Criterion Collection 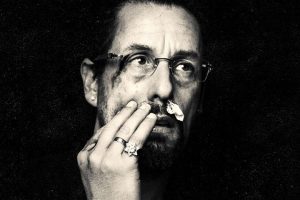 Uncut Gems is headed to the Criterion Collection — a leading video distribution company that licenses and restores classic and contemporary films — on October 26.

The Safdie brothers‘ nail-biting 2019 thriller, starring Adam Sandler as the crazed jeweler Howard Ratner, will receive a physical release on both Blu-ray and DVD via Criterion. The special edition will arrive with a multitude of exclusive features, including behind-the-scenes footage from the making of both the film and the soundtrack, screen tests featuring Sandler and Julia Fox, deleted and extended scenes, including a full performance of The Weeknd‘s “The Morning” and interviews with cinematographer Darius Khondji, costume designer Miyako Bellizzi and casting director Jennifer Venditti.

Head to Criterion’s website to learn more about the October 2021 additions.