In the decade or so since Vampire Weekend emerged from Columbia University with wry, literate, quasi-comic indie rock run through with African guitar filigree, the band has been many things: a signature return-of-indie-rock avatar, an argument for musical omnivorousness, a flash point for conversations about cultural appropriation, a worthy festival band and more.

It just released its fourth album, “Father of the Bride,” six years after its last. The Vampire Weekend of today is preoccupied with all kinds of collapse, emotional and ecological and interpersonal. Ezra Koenig’s songwriting has gotten wiser and slightly less cheeky, and the production, largely by Koenig with Ariel Rechtshaid (who has worked with Adele, Haim and Charli XCX), is looser and freer than the band’s prior work.

“Father of the Bride,” which debuted at No. 1, sparks many questions: Was Vampire Weekend unfairly maligned in its day, and how might it be received in this era? Can one fairly call the group a jam band, a punk band or neither?

Rob Harvilla, who writes about culture for The Ringer 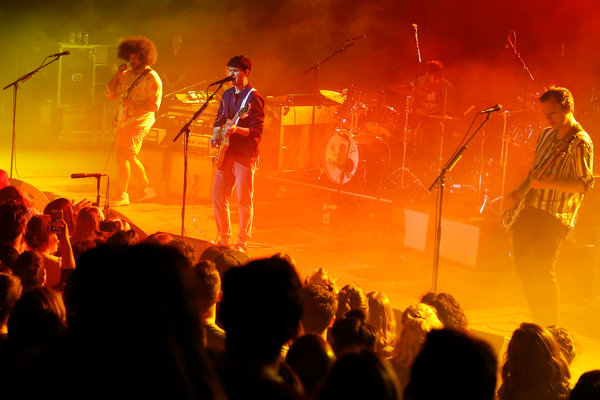