Vanessa Bryant shared in this week’s cover story for People magazine some of what the grieving process has been like since her husband, Kobe Bryant, and the couple’s 13-year-old daughter, Gianna “Gigi” Bryant, died in a helicopter crash last year.

Bryant graced the cover wearing a Los Angeles Lakers jacket as a homage to her basketball legend husband. This week’s issue is titled “Women Changing the World.”

The couple’s three other children are Natalia, 18, Bianka, 4, and Capri, who turns 2 in June.

“This pain is unimaginable [but] you just have to get up and push forward,” Bryant told People. “Lying in bed crying isn’t going to change the fact that my family will never be the same again. But getting out of bed and pushing forward is going to make the day better for my girls and for me. So that’s what I do.”

The issue with the full interview hits newsstands on Friday.

Bryant has been open about the pain of tragically losing both her husband and daughter after they were killed along with seven other people in a helicopter crash in Calabasas, California, in January last year.

She marked the 1-year anniversary of their deaths in January by sharing an Instagram post featuring a moving letter from one of Gianna’s best friends, Aubrey Callaghan. 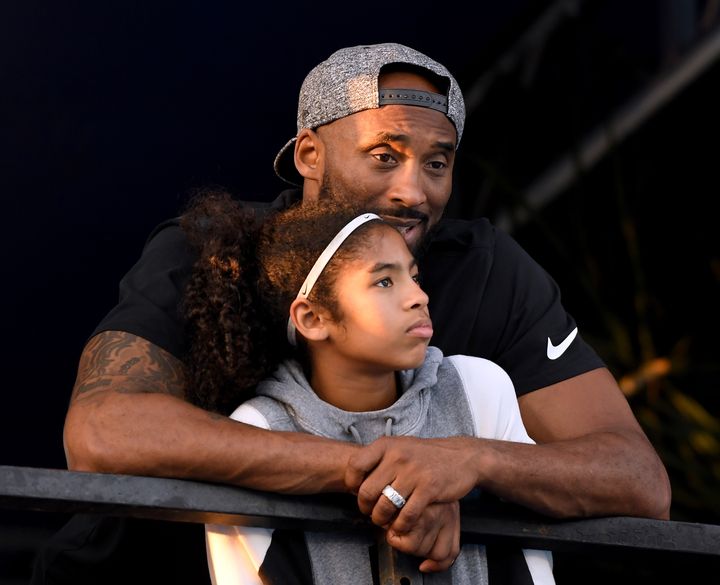 “I will never understand why/how this tragedy could’ve happened to such beautiful, kind and amazing human beings,” Bryant captioned the post, in part. “It still doesn’t seem real.. Kob, we did it right. Gigi, you still make mommy proud.”

Last month, Bryant posted a photo of herself with Kobe for Valentine’s Day.

“I love you for now, forever and for always,” she wrote in that post.

Last May, Bryant honored Gianna on what have been the teen’s 14th birthday by encouraging fans on Instagram to wear red.

She said that her daughter, who was a rising basketball star, “loved to wear a red bow in all of her school pictures.”

“Red means love and life,” Bryant wrote at the time. “To commemorate Gigi’s birthday today, please consider wearing red, caption an act of kindness or show how you will play Gigi’s way since she always gave everything she did her all and led with kindness.”

Bryant said elsewhere in her interview that Kobe and Gianna motivate her to keep going.