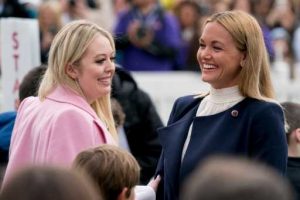 We’re going to need a tell-all book from every Secret Service agent who served the Trump family while former president Donald Trump was in office, STAT. According to new book Zero Fail: The Rise and Fall of the Secret Service by journalist Carol Leonnig, the Trump family’s unusual relationships with Secret Service agents extended far beyond Ivanka Trump and Jared Kushner’s reported refusal to let their protective detail use any of the 6.5 bathrooms in their Kalorama, Washington D.C. mansion. Per Leonnig’s account, Ivanka’s half-sister Tiffany Trump and former sister-in-law Vanessa Trump, who filed for divorce from Donald Trump Jr. in 2018, both struck up such close relationships with their security detail that the agents were ultimately reassigned. 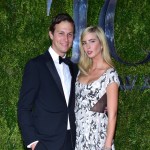 Leonnig writes of both Tiffany and Vanessa forming relationships with Secret Service agents in her book per The Guardian, which obtained a copy of Zero Fail. Vanessa, who was married to Trump Jr. from 2005 to 2018, reportedly “started dating one of the agents who had been assigned to her family,” though ultimately, “the agent concerned did not face disciplinary action as neither he nor the agency were official guardians of Vanessa Trump at that point.”

There was a conflict of interest, however, with Tiffany Trump and one Secret Service member on her detail, with whom she “began spending an unusual amount of time alone,” leading others to become “concerned at how close Tiffany appeared to be getting to the tall, dark and handsome agent.”

This agent didn’t face repercussions either, Leonnig notes per The Guardian: “Both Tiffany Trump and the agent said nothing untoward was happening, Leonnig writes, and pointed out the nature of the agent’s job meant spending time alone with his charge. The agent was subsequently reassigned.”

While we’re glad to hear no one’s employment status changed over this, it remains an interesting contrast to Ivanka and Kushner’s reported stance of keeping Secret Service agents so firmly at arm’s length that they had to resort to knocking on former president Barack Obama’s door down the road to use his restroom instead.