BBC’s The One Show interviewed a celebrity guest on Wednesday, but not in the way you might expect.

Former child star Julie Dawn Cole gave up acting years ago, and now works as a psychotherapist, but before this she played a very recognisable name.

In 1971, the actress starred alongside the likes of Gene Wilder in Willy Wonka and the Chocolate Factory, where she played the incredibly spoiled Veruca Salt, and sang and danced about wanting it now.

(Before she met her demise in the ridiculously dangerous chocolate factory.)

On Wednesday, Julie made a return to TV when she was interviewed for a segment on The One Show – but not for an upcoming project.

Rather, it was about she had ordered a garden parasol for £80 from House of Fraser, and was struggling to get a refund even though there was ‘a bit missing’.

And – sorry Julie, because it really is annoying – she wants it now. 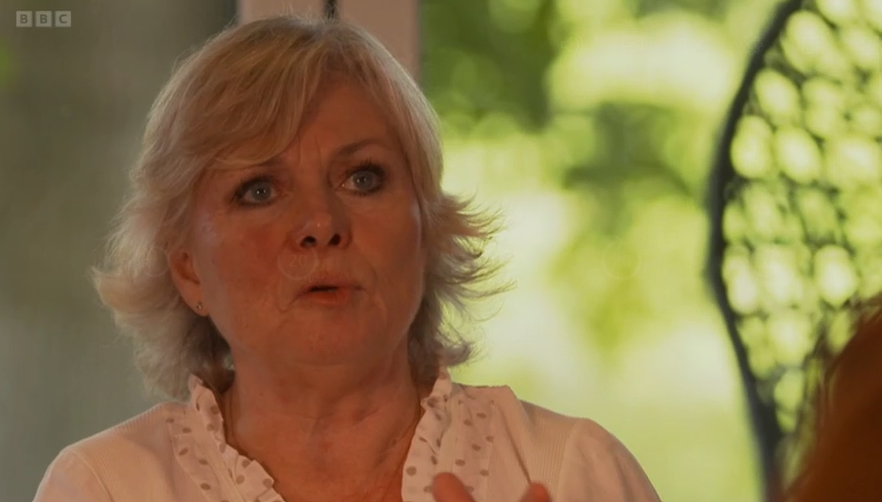 Having ordered the parasol online, she contacted customer service via email but received only an automatic reply, and said having to deal with chat bots was driving her ‘insane’.

Playing Veruca in the acclaimed film was not the reason they chose to interview Julie, with The One Show only casually dropping in her famous role halfway through her interview

And of course, they did so by mentioning audiences may remember her ‘complaining about something else’.

Paying a cheeky homage to her childhood character, she added: ‘I’m not more determined to get what I want.’

‘Veruca Salt always gets what she wants.’

The segment had One Show viewers absolutely baffled, with one putting it aptly: ‘Didn’t expect to see the actress who played Veruca Salt in the 1971 Willy Wonka film on the Watchdog portion of The One Show complaining about a House of Fraser parasol purchase.’

While another added: ‘She wants her garden parasol and she wants it NOW!’

The One Show airs weekdays from 7pm on BBC One.