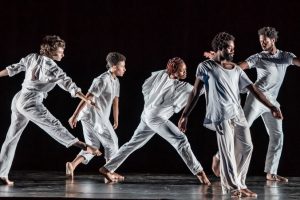 Officials had worried that a new arts tax may be too much to ask in a place still reeling financially from the pandemic, but 64 percent of New Jersey voters approved of the idea. 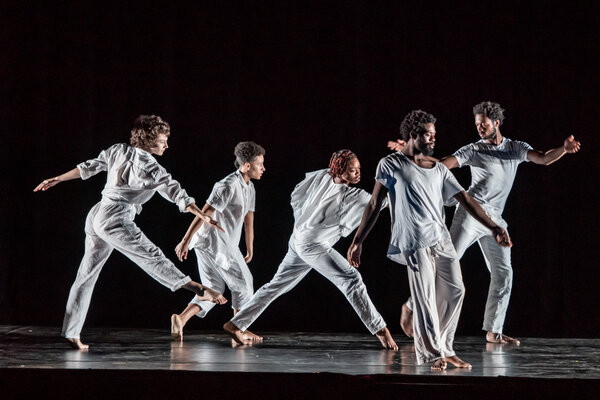 Officials in Jersey City could not be blamed for worrying a bit on Tuesday about the referendum they placed on the ballot to create a new tax to help the arts. After all, New Jersey is still suffering from the financial impact of the pandemic, and there were so many other pressing concerns for voters, like a presidential election riven by extreme partisanship and the question of whether to legalize marijuana in the state.

But, as it turned out, with a substantial majority of ballots counted, 64 percent of the voters there supported such a tax in a nonbinding referendum that is now expected to gain final approval from the City Council.

“It shows that the arts are important to people even in the toughest of times,” said Robinson Holloway, a former chair of the Jersey City Arts Council who helped develop the idea for the new tax.

For Jersey City, the vote is expected to produce a reliable, dedicated revenue stream that will not be affected by the vagaries of municipal budget negotiations, where arts funding is often an easy target.

For the wider arts community, there was a sense that Jersey City had employed a concept that might make sense outside its borders.

Jersey City, which tends to attract audiences from New York City because its theaters and galleries sit just across the Hudson River, is the first municipality in the state to establish a tax to benefit the arts. The plan is similar to taxes created to fund the arts that are used in several municipalities across the country. In three Michigan counties, residents pay a property tax that helps fund the Detroit Institute of Arts, which gives its residents free admission. In St. Louis, property tax revenue generated about $85 million in 2018 for institutions like the Saint Louis Zoo, the Saint Louis Art Museum and the Missouri History Museum.

The Jersey City mayor, Steven Fulop, had been working for two years to get this referendum on the general election ballot. But the pandemic’s impact on the economy made a new tax that could go toward the city’s art galleries, theaters and dance companies a much bigger ask, and in April, the mayor suggested that the question be removed from the ballot.

“The world is changed today,” Mr. Fulop wrote at the time, “and we want to minimize the impact on our taxpayers as much as possible.”

Some of the arts administrators in Jersey City didn’t agree. They recognized that many city residents were hurting financially, but so were their organizations; live performances and art exhibitions were canceled en masse, and many artists were out of work. 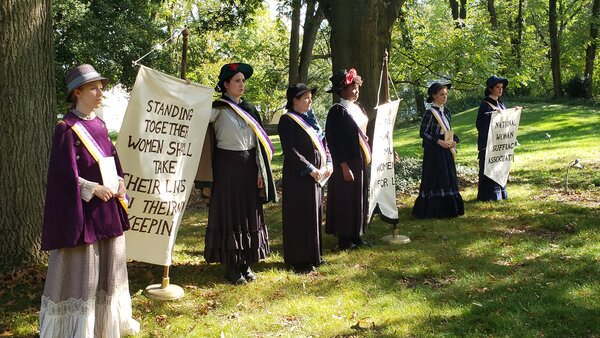 To make their case to the mayor, the arts leaders commissioned a poll of 400 Jersey City voters to try to get a sense of whether they would vote for a new tax that would most likely charge residents a half of a penny per $100 of assessed property value (renters would not have to pay). The poll results leaned in favor of the tax, giving the mayor renewed confidence in the ballot measure.

The new tax is not a cure-all for local art organizations’ financial needs. At the half-a-penny rate, it is currently expected to generate between $1 and 2 million a year, which will be distributed to select organizations or individuals whose applications will be vetted by a committee. But to arts leaders in Jersey City, the vote in favor of the tax is a victory for their central argument: that local arts and culture are economic drivers and assets that residents value enough to pay for.

Ms. Holloway, who is also executive director of Art Fair 14C, a nonprofit art fair in New Jersey, said that waiting to put the referendum up for a vote — as the mayor had suggested — seemed like a painful decision at a time when some groups need the extra money more than ever before.

“If we waited til 2021, we were worried a lot of groups wouldn’t exist, artists would have left the city and arts organizations would have gone under,” Ms. Holloway said.

Samuel Pott, the executive director of Nimbus Dance Works, a dance company and school that was created in Jersey City in 2005, said that arts leaders in the city have been advocating for a new government revenue stream for about a decade, and this is the idea that finally stuck.

It was conceived of in 2018 when arts leaders were trying to persuade the mayor and City Council to include a line item for the arts in the annual budget. Mr. Fulop rejected that idea, explaining that it would be difficult to establish a stable revenue stream that would not be diminished in future budgets. But he would support a fund that would be shouldered by taxpayers.

“When you get into tough times, the first thing that is cut is the arts,” Mr. Fulop said. “We wanted to create something that is secure no matter the financial state of the city.”

But cities in New Jersey cannot establish such a tax without approval from the state legislature, so Mr. Fulop solicited the help of state representatives to draft a bill in Trenton that would expressly allow municipalities to do so. The bill eventually passed, and Gov. Philip D. Murphy, a Democrat, signed it in January.

The referendum allows the City Council to levy up to two cents per $100 of assessed property value, but in conversations with the council members, Ms. Holloway said that it seemed there was only an appetite for a half-a-penny tax. The developers of the new tax wanted to keep it small so that it would not seem like a major burden to voters. They had watched closely when a sales tax referendum in Charlotte, N.C., which would have generated more than $22 million for arts and culture, failed last year.

There wasn’t an organized push against the referendum in Jersey City as there had been in Charlotte. But it still had its opponents. The Jersey City Republican Party urged residents not to vote for it, writing on Facebook that the measure was an “excuse to raise your property taxes” and that any city funding should come from the budget.

“You would easily spend that money on a Netflix subscription,” said Heather Wahl, the artistic director of Speranza Theater Company, who advocated for the tax. “For the arts organizations to know there’s a sense of funding coming in really takes a load off right now.”

END_OF_DOCUMENT_TOKEN_TO_BE_REPLACED

END_OF_DOCUMENT_TOKEN_TO_BE_REPLACED
We and our partners use cookies on this site to improve our service, perform analytics, personalize advertising, measure advertising performance, and remember website preferences.Ok