Home » Entertainment » Warner Bros. Has Yet to Greenlight a Sequel to 'The Batman'

Warner Bros. Has Yet to Greenlight a Sequel to 'The Batman' 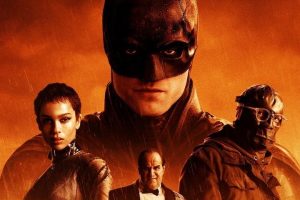 A new report from Variety has now revealed that despite the success of the original film, a sequel for Matt Reeves and Robert Pattinson‘s The Batman has yet to receive a greenlight over at Warner Bros. Discovery. The media giant recently reassured fans of the DCEU that the franchise now has a 10-year plan to flesh out its characters and plots in a similar manner as the Marvel Cinematic Universe, but with multiple Batmans currently in the running, it seems there’s some confusion as to how things will progress.

Ben Affleck‘s Batman has already been confirmed to be returning from the Aquaman sequel, while Pattinson’s take on the Caped Crusader has yet to earn approval from the company for a sequel despite raking in $770 million USD under Reeves, who has apparently already begun working on a follow-up already.

The future of The Flash is also up in the air. Sources have suggested recently that following lead actor Ezra Miller‘s latest arrest for burglary, Warner Bros. is now preparing for the worst and considering completely scrapping the film, just like it did with Batgirl after already sinking $90 million USD into its development.