Home » Entertainment » Warner Bros. Will Release Every 2021 Movie On Streaming In Game-Changing Move

Warner Bros. Will Release Every 2021 Movie On Streaming In Game-Changing Move 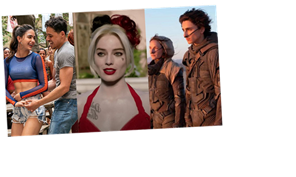 Call it the “Wonder Woman 1984” domino effect: Days after Warners Bros. announced that it would release the highly anticipated superhero sequel on streaming alongside a theatrical run, the studio has announced that its entire 2021 movie slate will follow suit.

Every single Warner Bros. film set to be released in the following year will now launch in theaters and on demand on HBO Max simultaneously. The unprecedented move comes as the coronavirus pandemic continues to upend the entertainment industry.

The studio announced on Thursday that 17 titles — including Lin Manuel Miranda’s musical adaptation of “In The Heights,” Denis Villeneuve’s “Dune,” James Gunn’s “Suicide Squad” followup and the long-awaited “Matrix 4” — will be made available on the streaming service on their respective release dates.

The movies will be free for subscribers for the first month before continuing their theatrical runs domestically. The international releases will proceed as previously planned, as HBO Max is currently only available in the U.S.

Other films included in the studio’s 2021 slate are “Godzilla vs. Kong,” “Space Jam: A New Legacy,” “Little Things,” “Judas and the Black Messiah,” “Tom & Jerry,” “Mortal Kombat,” “Those Who Wish Me Dead,” “The Conjuring: The Devil Made Me Do It,” “Reminiscence,” “Malignant,” “The Many Saints of Newark,” “King Richard” and “Cry Macho.”

In the press release announcing the news, Ann Sarnoff, chair and CEO of WarnerMedia Studios and Networks Group, explained that the current climate called for “creative solutions,” but described the strategy a “unique one-year plan” instead of a permanent solution.

“We’re living in unprecedented times which call for creative solutions, including this new initiative for the Warner Bros. Pictures Group,” Sarnoff said in a press release, according to Variety. “No one wants films back on the big screen more than we do. We know new content is the lifeblood of theatrical exhibition, but we have to balance this with the reality that most theaters in the U.S. will likely operate at reduced capacity throughout 2021.

“With this unique one-year plan, we can support our partners in exhibition with a steady pipeline of world-class films, while also giving moviegoers who may not have access to theaters or aren’t quite ready to go back to the movies the chance to see our amazing 2021 films,” she added.

Since March, theater operators have struggled to survive due to the coronavirus pandemic, as studios have indefinitely delayed blockbusters and quarantine restrictions have shuttered theaters in many states altogether, placing an even greater importance on strategy for streaming services.

And now with COVID-19 cases rising steadily across the country — and counties in major movie markets, including California and New York, imposing stricter guidelines — this move from Warner Bros. could fundamentally reshape the ways movies as we know them are released.

Take a look at the release dates below.

END_OF_DOCUMENT_TOKEN_TO_BE_REPLACED

END_OF_DOCUMENT_TOKEN_TO_BE_REPLACED
We and our partners use cookies on this site to improve our service, perform analytics, personalize advertising, measure advertising performance, and remember website preferences.Ok