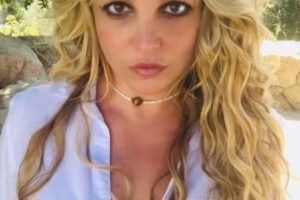 Britney Spears has been doing cartwheels after she won the right to choose her own lawyer in her conservatorship battle.

The 39-year-old singer took to Instagram to share a video of herself “celebrating” by riding a horse and then performing a series of the sideways movements besides a lake, and the Gimme More hitmaker admitted she felt “gratitude” and “blessed” following the decision.

The star also added the “#FreeBritney” hashtag to her post.

She wrote: “Coming along, folks … coming along !!!!! New with real representation today … I feel GRATITUDE and BLESSED !!!! Thank you to my fans who are supporting me … You have no idea what it means to me [to] be supported by such awesome fans !!!! God bless you all !!!!! Pssss this is me celebrating by horseback riding and doing cartwheels today !!!! #FreeBritney”

Her comments came just hours after a judge approved her choice of legal council during a hearing in Los Angeles on Wednesday.

It now means former federal prosecutor Mathew Rosengart will work as Britney’s private attorney, after he agreed this week to take on her case if accepted by Judge Brenda Penny.

Britney had previously been represented by court-appointed attorney Sam Ingham since her conservatorship began in 2008, but he resigned on July 6.

What’s more, the singer broke down in tears during Wednesday’s hearing, as she said she is “extremely scared” of her father, Jamie Spears, who is currently in control of her financial affairs under her conservatorship.

She said: “I’m here to get rid of my dad and charge him with conservatorship abuse.

“This conservatorship has allowed my dad to ruin my life.”

Mathew plans to file a subsequent petition for Jamie to be removed and for Britney to end the conservatorship.

Last month, Britney claimed her conservatorship had left her “traumatised” and “depressed”, and she called for her father Jamie to be jailed.

Following the comments, Jamie’s legal team released a statement which read: “He is sorry to see his daughter suffering and in so much pain. Mr Spears loves his daughter very much.”