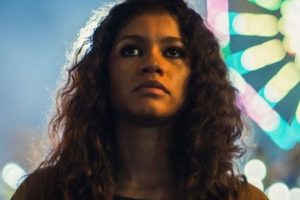 The visual sees Zendaya return as Rue Bennett, who “must find hope while balancing the pressures of love, loss and addiction,” according to an official synopsis. The chaotic preview features several breakdowns, family fights and a suitcase full of drugs that seems to be a part of what Rue is calling her “amazing plan.”

Following the first season, which was released in 2019, HBO dropped two specials — Trouble Don’t Last Always, which premiered in December 2020, and F*** Anyone Who’s Not A Sea Blob, which aired in January of this year. Season two was originally scheduled for production in March 2020 before facing several delays due to the ongoing pandemic.