Watch the Official Trailer for Michael B. Jordan's Tom Clancy Film 'Without Remorse' 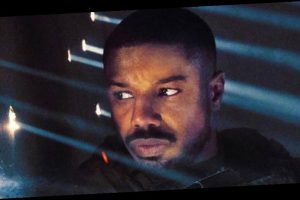 A month after announcing its release date, Amazon has dropped the official trailer for Tom Clancy‘s film Without Remorse starring Michael B. Jordan.

Without Remorse follows one of the most popular characters in Tom Clancy’s Jack Ryan universe. Jordan plays top-secret op, Sr. Chief John Kelly who retaliates against a squad of Russian soldiers after they kill his family. He teams up with fellow SEAL, Jodie Turner-Smith while they try to expose the Russian’s threats towards the U.S. Throughout the film, audiences will see Kelly battle between his loyalty to his country and his personal honor.

Check out the official trailer above.

Without Remorse arrives on Amazon Prime Video on April 30.

In case you missed it, Netflix to sign on Steven Spielberg for Stephen King adaptation The Talisman.
Source: Read Full Article