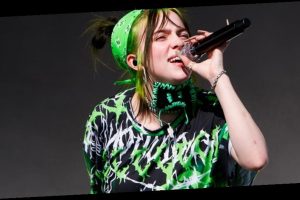 Apple TV+ has shared a second trailer for its upcoming Billie Eilish documentary, The World’s A Little Blurry.

A majority of the two-and-a-half minute visual sees Eilish and her brother Finneas recording her GRAMMY-winning album WHEN WE ALL FALL ASLEEP, WHERE DO WE GO? in a series of different bedrooms. The siblings’ parents also make stronger appearances in the new trailer as they provide support for their two kids who are suddenly on the tricky path to fame.

The World’s A Little Blurry is helmed by R.J. Cutler and produced by Interscope Records. While filming only cost around $1 million USD to $2 million USD, a December 2019 report stated that Apple acquired the rights for a whopping $25 million USD.

Watch the new trailer above. The World’s A Little Blurry premieres February 26 exclusively on Apple TV+.