Home » Entertainment » We’ve called it: Daemon Targaryen is the absolute worst character in House Of The Dragon

We’ve called it: Daemon Targaryen is the absolute worst character in House Of The Dragon 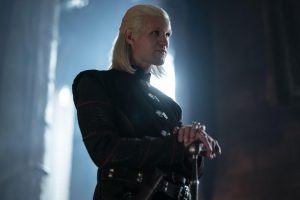 House Of The Dragon is here and we know there aren’t any typical villains in the new series, but we may have to make an exception for Daemon Targaryen.

Warning: this article contains spoilers for House Of The Dragon episode one.

After an age spent waiting for House Of The Dragon, many of us have naturally come prepared to watch the series with our Fire & Blood knowledge to hand, as well as each character profile carefully read over and revised in anticipation of the first episode.

One of the characters that has caused much fanfare has been Prince Daemon Targaryen. Fans have been brimming with excitement about the lead role, not least because it’s played by Matt Smith of The Crown and Doctor Who fame. But prepare to see him in a very different light in this Game Of Thrones prequel series, that’s for certain.

In House Of The Dragon, Daemon is the younger brother to King Viserys (Paddy Considine) and heir to the throne. A peerless warrior and dragonrider, Daemon possesses the true blood of the dragon.  But it is said that whenever a Targaryen is born, the gods toss a coin in the air and so, Daemon’s journey to the Iron Throne is far from smooth.

In fact, the first episode provides us with such an introduction to Daemon that we’re still reeling from it as we speak. Daemon has been revered as the “rogue prince” by fans and George RR Martin himself – and the label most certainly fits. 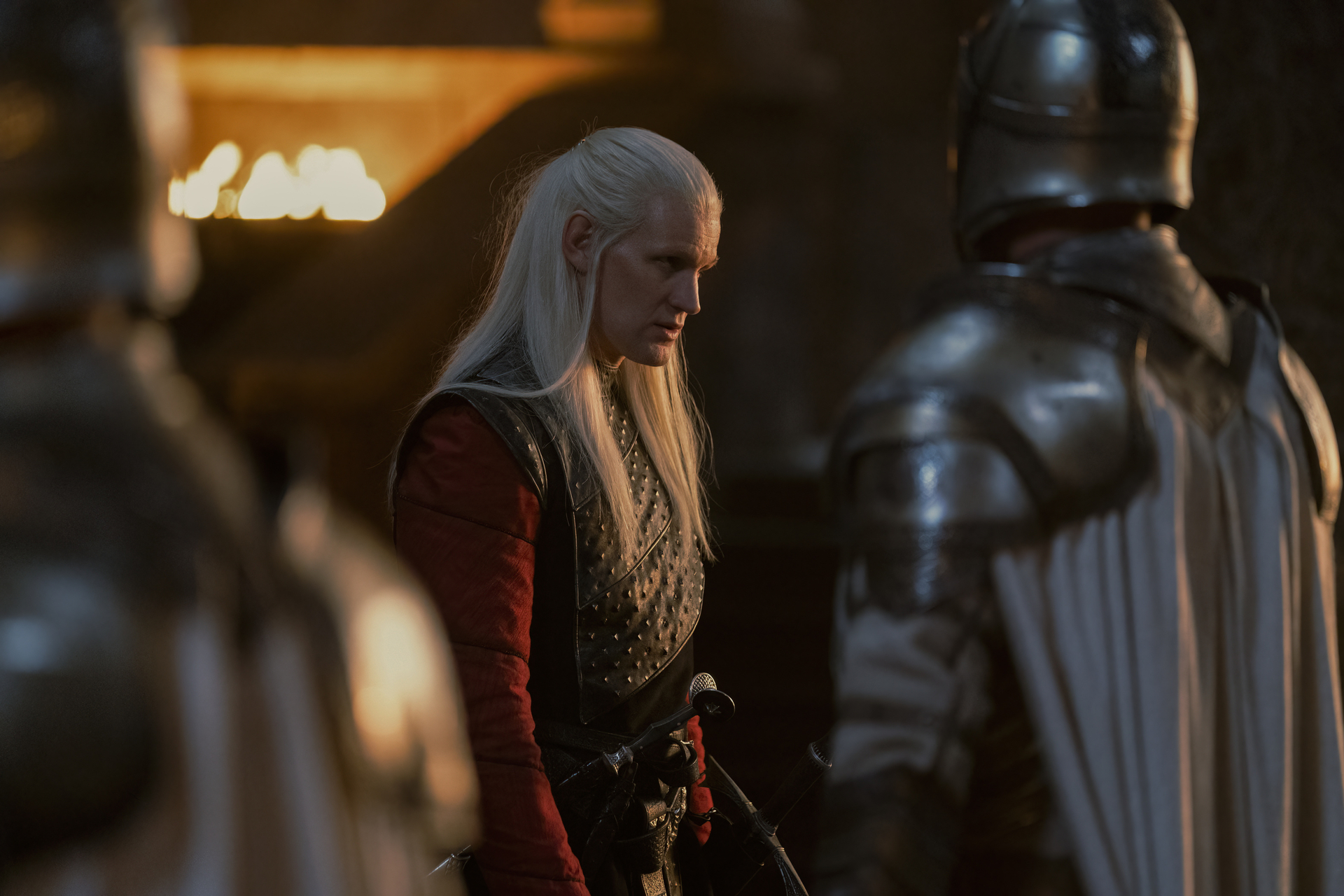 The dictionary definition of ‘rogue’ – “a dishonest or unprincipled man” – is almost too fitting for this lead character. We initially meet him sitting on the Iron Throne, having called Princess Rhaenyra (Milly Alcock) to come and meet him. When they’re talking about the heir’s tournament that is to take place, he refers to it as his own, overstating his position as heir to the throne rather than referring (rightfully) to the King and Queen’s incoming newborn child.

His ego is most likely going to be the main feature of this new series, and in a bid to assert his control over King’s Landing, he later tasks the City Watch with massacring its people.

He says: “When I took command of the Watch, you were stray mongrels, starving and undisciplined. Now, you’re a pack of hounds. You’re sated and honed for the hunt.” Even when he’s delivering a semi-insult, his loyal followers are left to howl in unison, prompting him to deliver more of his impassioned speech.

“My brother’s city has fallen into squalor. Crime of every breed has been allowed to thrive. No longer. Beginning tonight, King’s Landing will learn to fear the colour gold.”

House Of The Dragon: Matt Smith and Milly Alcock as Prince Daemon and Princess Rhaenyra Targaryen

As soldiers take to the streets, we see bodies beaten, limbs severed and blood everywhere. Looking on in his armour, Daemon almost takes pleasure in it all and relishes the chance to take out his sword to cut someone’s head off. It’s “unchecked impunity”, Otto Hightower (Rhys Ifans) says the next morning. “Carry on, you were saying something about my impunity,” Daemon smirks.

We then learn that this pleasant suitor of a man is actually married to Lady Rhea, who he quickly labels as his “bronze bitch”. But it gets worse – he goes on to speak about the Vale, the place where he should be living alongside his wife. Daemon says: “In the Vale, men are said to fuck sheep instead of women. I can assure you, the sheep are prettier.”

When Otto challenges him, Daemon offers up his wife like a tradable commodity. Just when you don’t think he could get any more personal, he reminds Otto of the recent passing of his own wife, saying that perhaps he would like to take Lady Rhea for himself. Lovely stuff, right?

In the jousting scene, Daemon finally meets his physical match in Ser Criston Cole (Fabien Frankel) but yielding is something he, of course, refuses. By now in the episode, we have a pretty good idea of how Daemon is: he’s an adulterer, a man who thinks he is entitled to a royal position due to his gender and someone who will stop at nothing to underline his power. 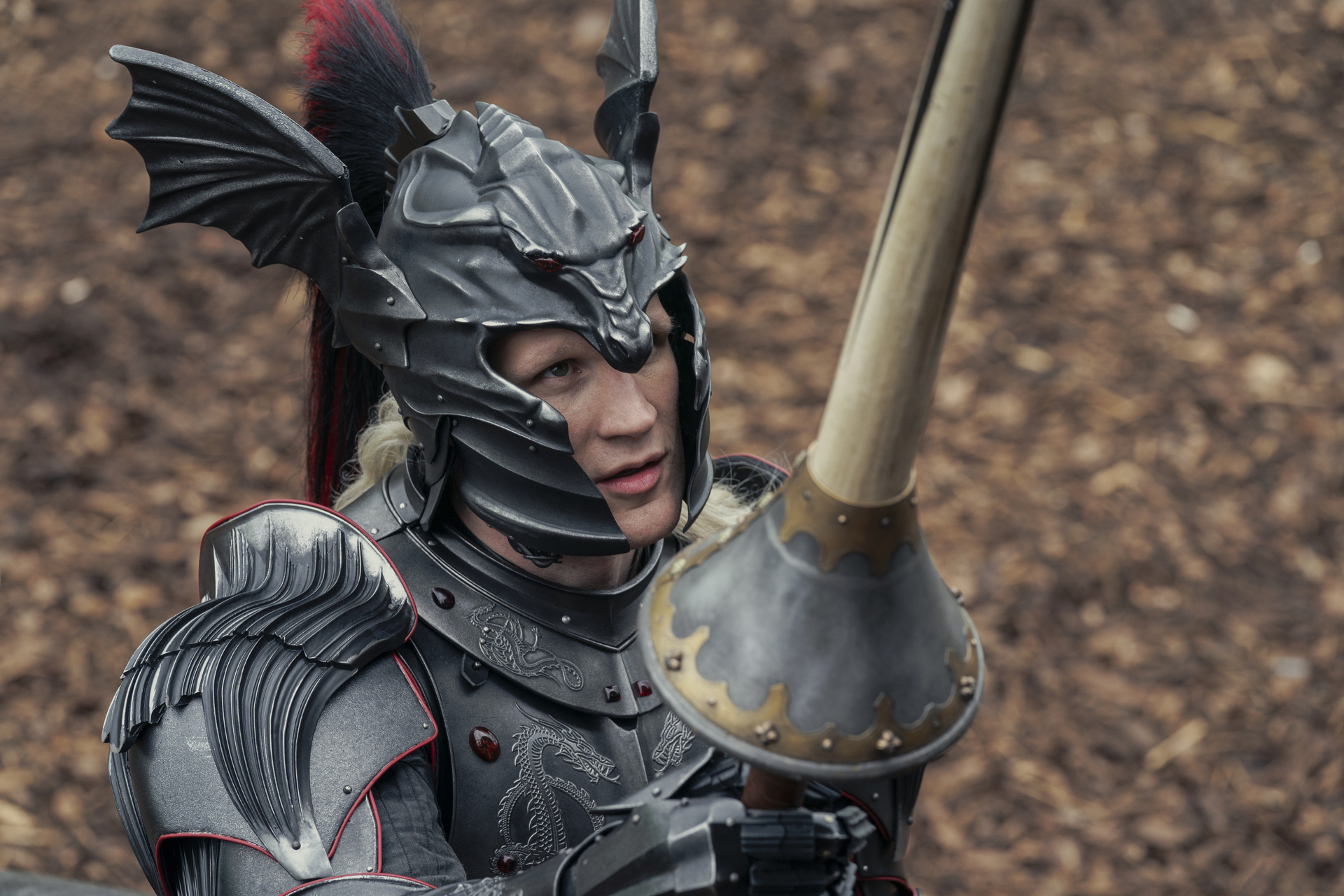 Even in the midst of his brother King Viserys’ grief, he does the unspeakable, though. He rents out a pleasure house to “entertain” his friends and the City Watch. “The gods give just as the gods take away,” we hear him say, but recounting the tale the next day, Otto says that Daemon made another toast. This time, it was to Prince Baelon, the dead son of King Viserys, who Daemon styles as “the heir for a day”. It’s an act that prompts the King to name Princess Rhaenyra as his heir, but this series of (very) unfortunate events just sets the tone for the rest of the series to come.

Daemon may be charming, eloquent and persuasive but he will also stop at nothing to assert his position on the throne – something he sees as rightfully his anyway. While the series producer has proclaimed that there are “no villains or heroes” in House Of The Dragon, we’re inclined to give that former title to Smith’s character and we’re sure he’ll only continue to prove how much of a rogue prince he actually is.

House Of The Dragon airs tonight at 9pm on Sky Atlantic and is available to stream on Now with an entertainment membership.