Home » Entertainment » What to Watch This Week While Social Distancing 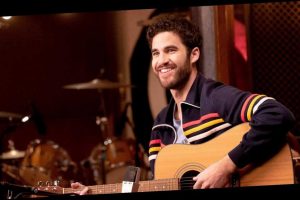 It’s officially June — which means summer TV is a go. While some big shows are wrapping up their seasons, new content is right around the corner.

90 Day Fiance: Self-Quarantined, The Baker and the Beauty, Amy Schumer Learns to Cook, DC’s Legends of Tomorrow and Total Bellas will wrap up their seasons this week.

Meanwhile, Below Deck Mediterranean, Outdaughtered, Dirty John and Hollywood Game Night will debut new seasons. On the streaming front, Darren Criss’ new show Royalties debuts on Quibi, a new season of Queer Eye debuts on Netflix, as do the final seasons of 13 Reasons Why and Fuller House.

Fuller House will air the second half of their fifth and final season, wrapping up the reunion special a bit earlier than the cast originally had wanted.

“There’s this sad feeling, not only because we’re saying goodbye, but because we all feel like it’s premature. I feel like there are a lot more stories to tell. I feel like people still want to see where these characters’ lives go, and it feels like it’s being cut a little too short,” Andrea Barber, who starred on the original series as well, told Us Weekly exclusively. “That being said, they’ve written a great finale. It’s going to be very emotional, but very awesome and very fitting … There are going to be a lot of emotional and bittersweet moments. It’s not going to end on a sad note, I will tell you that, but it’s definitely going to be an emotional ride.”

Candace Cameron Bure echoed her thoughts, adding that there were a ton of tears while filming the final two episodes — especially since there are many returning guest stars.

“There are so many surprise faces in the final episode, and not all of them have lines. So if you are a die-hard fan, you need to pause during some of the episode or watch it through and then go back and watch it a second time,” the actress, 44, said on the “Watch With Us” podcast. “You’re gonna see a lot of fun faces that just are there because they genuinely wanted to be there.”

Scroll through the gallery below for what’s on this week. The list will be updated every day.