What’s on TV Monday: ‘Hale County This Morning, This Evening’ and ‘White Dragon’

A powerful documentary set in rural Alabama is on PBS. And the crime series “White Dragon” is available to stream on Amazon.

HALE COUNTY THIS MORNING, THIS EVENING (2018) 10 p.m. on PBS (check local listings); rent on iTunes. This Oscar-nominated debut feature by RaMell Ross was made out of 1,300 hours of footage filmed over five years. It documents the lives of two young black men, Daniel Collins and Quincy Bryant, in Hale County, Ala., with an innovative cinematic approach. The critic A. O. Scott of The New York Times named it one of the best movies of 2018, and wrote that Ross “glimpses arresting, at times almost hallucinatory beauty in the rural Alabama landscape, and finds nuances of emotion that grow in intensity over 75 heady minutes.”

AMERICAN DAD! 10 p.m. on TBS. After a long break, Season 13 returns with a new episode in which Francine (voiced by Wendy Schaal) bulks up to become a bodybuilder after her family calls her a quitter. 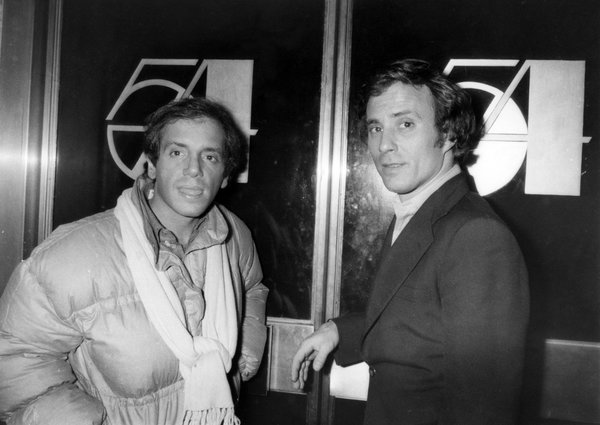 STUDIO 54 (2018) 10 p.m. on A&E. Andy Warhol once said Studio 54 was “a dictatorship at the door and a democracy on the dance floor.” Michael Jackson described that club as the place “where you come when you want to escape.” That was in Studio 54’s heyday in the late 1970s, when the New York hot spot attracted the likes of Elizabeth Taylor and Mick Jagger and drew the ire of those who could not make it past the velvet ropes. Its wild ride ended, though, after 33 months when its founders, Ian Schrager and Steve Rubell, were sentenced to prison for tax evasion. In this documentary by Matt Tyrnauer, Schrager recounts the details behind the rise and fall of his notorious club — a tale that he described in an interview with The Times as an “operatic, tragic story of the years ending the sexual revolution.” Another documentary by Tyrnauer, ‘SCOTTY AND THE SECRET HISTORY OF HOLLYWOOD,’ about a former Marine who was an escort to closeted gay movie stars during Hollywood’s golden age, leads in at 9 p.m. on Starz.

WHITE DRAGON stream on Amazon. In this British drama series, Jonah (John Simm of “Life on Mars”), a professor in London, travels to Hong Kong after receiving terrible news about his wife. There he discovers disturbing revelations that lead him to David (Anthony Wong), an ex-cop who was surprisingly close to Jonah’s wife and who joins Jonah in his search for answers. “The show does its job as gritty tourist-noir,” Mike Hale writes in his review for The Times. But, he adds, “It’s never quite as fun or romantic as it should be, and the characters’ words and actions tend to run counter to common sense.”

FLAVORFUL ORIGINS stream on Netflix. The first season of this culinary series explores the history and ingredients of food from Chaoshan, a coastal region in the eastern Guangdong province of China, with dazzling, mouthwatering visuals.

END_OF_DOCUMENT_TOKEN_TO_BE_REPLACED

Kanye West has opened up about his White House bid in a new interview, making it clear that he no longer supports President Donald Trump, […]

END_OF_DOCUMENT_TOKEN_TO_BE_REPLACED

END_OF_DOCUMENT_TOKEN_TO_BE_REPLACED
We and our partners use cookies on this site to improve our service, perform analytics, personalize advertising, measure advertising performance, and remember website preferences.Ok