Home » Entertainment » What’s on TV Saturday: ‘Life of the Party’ and ‘Gilbert’

What’s on TV Saturday: ‘Life of the Party’ and ‘Gilbert’

Watch a campus comedy starring Melissa McCarthy on HBO. Or stream a portrait of Gilbert Gottfried.

LIFE OF THE PARTY (2018) 8 p.m. on HBO. Melissa McCarthy wowed critics this fall as the lead in the biographical drama “Can You Ever Forgive Me?” But before that, she starred in this lukewarm comedy directed by her husband, Ben Falcone. As Deanna, a middle-aged, newly divorced mother, McCarthy goes back to college after her husband (Matt Walsh) leaves her for another woman. Despite her newfound confidence and a clique of supportive sorority sisters, Deanna’s escapades are mostly forgettable (save for a wild time in the stacks.) Compared to McCarthy’s previous films, the zaniness in “Life of the Party” is kept to a minimum, A. O. Scott wrote in his review: “What we witness is less the explosion of pent-up energy than the gentle affirmation of exuberant kindness.” Watch not for gut-wrenching laughs, but to see McCarthy in a comedic role that isn’t a rowdy sidekick. 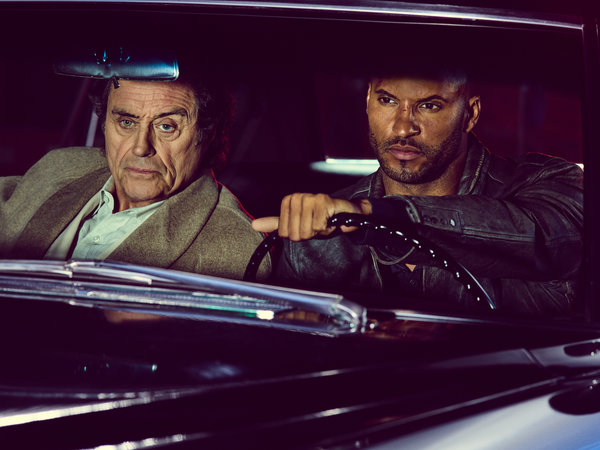 AMERICAN GODS 3 p.m. on Starz. The second season of this tantalizing series adaptation of Neil Gaiman’s fantasy novel doesn’t debut until March 10. But there’s no harm in revisiting the first season with this marathon. The show follows Shadow Moon (Ricky Whittle), a former convict who meets the mysterious Mr. Wednesday (Ian McShane) right out of prison and agrees to become his bodyguard. Little does he know that the job comes with grueling conditions: Mr. Wednesday is an “old god” who’s trying to unite his fellow mythological beings in a fight against the increasingly powerful “new gods,” who represent the worst aspects of modern society. Keeping up with the narrative requires some patience, Mike Hale wrote. But the show is “consistently eye-catching, sometimes in burnished, picturesque ways and sometimes disorienting, grotesque ways.”

GILBERT (2017) on Amazon, Google Play, Hulu, Vudu and YouTube. In his review of this documentary on the comedian Gilbert Gottfried, Jason Zinoman wrote, “‘Gilbert’ is that rarest of things, a portrait of a happy comic.” Much of the world knows that happy comic through his shrill and obnoxious stand-up persona — one that mines tragedies and the obscene for laughs. But offstage, as this film suggests, Gottfried is a soft-spoken, penny-pinching husband and father. We see that side of him in footage of his daily life while stars like Jay Leno and Whoopi Goldberg attest to his comic genius.

THE STRANGER (1946) on iTunes, Amazon, Fandor, Netflix, Starz and Vudu. Last month, two Netflix films — “The Other Side of the Wind” and “They’ll Love Me When I’m Dead” — put Orson Welles’s singular vision in the spotlight. Despite all of the filmmaker’s celebrated work, this thriller was the only box-office hit in his career. It centers on a dogged war crimes commissioner (Edward G. Robinson) who hunts down the titular character, a big-time Nazi fugitive (Welles) living in hiding as a Connecticut teacher married to the daughter of a local judge (Loretta Young).