What’s on TV Sunday: ‘Rent’ and the SAG Awards

A live production of “Rent” airs on Fox. And awards season blazes on, at the Screen Actors Guild Awards.

RENT 8 p.m. on Fox. Fans who have only seen high school productions (or middle school, or elementary school, or all three) of Jonathan Larson’s 1996 musical riff on “La Bohème” have at least one major reason be excited about this live television adaptation: Michael Greif, who directed the original production at the New York Theater Workshop and a more recent Off Broadway production, is working with Alex Rudzinski (who in recent years directed “Grease: Live!” and John Legend as Jesus in “Jesus Christ Superstar” live in concert) to bring the musical to TV. That’s about the most qualified team one could hope for, and the cast is delightfully varied: Vanessa Hudgens (of “High School Musical” and “Grease: Live!”), the pop singer Tinashe, Brandon Victor Dixon (Leslie Odom Jr.’s replacement as Aaron Burr in “Hamilton”) and Valentina (“RuPaul’s Drag Race”) are all featured. The story concerns a group of New York artists living in the shadow of the AIDS epidemic — though it’s not all gloomy. “Puccini’s ravishingly melancholy work seemed, like many operas of its time, to romance death,” Ben Brantley wrote in his 1996 review for The New York Times. “Mr. Larson’s spirited score and lyrics defy it.”

25TH ANNUAL SCREEN ACTORS GUILD AWARDS 8 p.m. on TBS and TNT. With awards season in full swing, the SAG awards arrive Sunday night to add fuel to an already roaring conversation about who stood out onscreen in 2018. Anyone who watched the Golden Globes a few weeks ago or read the list of Oscar nominees released this week will find much that’s familiar. (Lady Gaga? Glenn Close? Rami Malek? Richard E. Grant? Olivia Colman? They’re all here.) But with the SAG ceremony, those performances are more or less isolated from the movies they came from; more even than usual, the actors themselves get center stage. This year, the ceremony will be hosted by Megan Mullally. 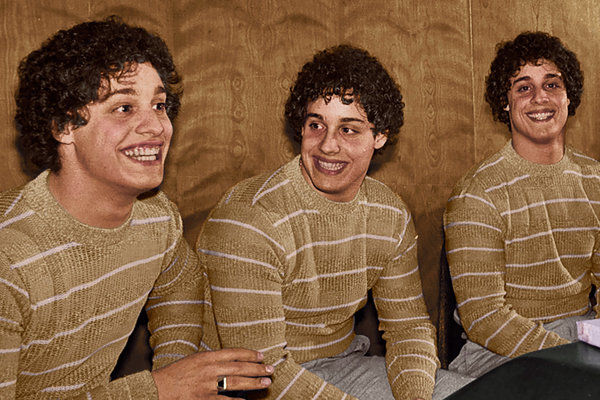 THREE IDENTICAL STRANGERS (2018) 9 p.m. and 11 p.m. on CNN. The director Tim Wardle weaves — and then tightens — the strands of a hard-to-believe true sibling story in this documentary, which tells the story of Edward Galland, David Kellman and Robert Shafran, triplets separated at birth. It’s “best watched knowing as little as possible about its specifics,” Manohla Dargis wrote in her review for The Times. She called it a “fine documentary.”

DO THE RIGHT THING (1989) Stream on Starz; rent on Amazon, Google Play, iTunes, Vudu and YouTube. In 1989, Spike Lee “was pretty much on his own as a voice of black racial reality,” Wesley Morris wrote in an article for The Times this week. Lee’s pressure cooker of a movie centers on racial animus at a local pizza joint. Nearly 40 years later, with Lee having just gotten his first Academy Award nomination for directing, it’s ripe for revisiting.