Home » Entertainment » What’s on TV This Week: ‘Salt-N-Pepa’ and ‘Painting With John’ 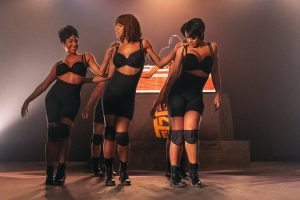 Between network, cable and streaming, the modern television landscape is a vast one. Here are some of the shows, specials and movies coming to TV this week, Jan. 18-24. Details and times are subject to change.

AMERICAN GREED 10 p.m. on CNBC. This CNBC series — the network’s longest-running during prime time — chronicles the stories of people who committed illegal financial acts in attempts to get rich, as well as those affected by their schemes. Tonight’s episode, which is the first of Season 14, follows the litigator Michael Avenatti, who is perhaps most well known for representing Stormy Daniels in a case filed in 2018 against President Trump.

KILL BILL: VOL. 1 (2003) 7:05 p.m. on HBO. The fourth film from the director Quentin Tarantino, “Kill Bill: Vol. 1” opens in a chapel, at a wedding. But instead of leaving the chapel married, the bride — played by Uma Thurman — ends up in coma after being attacked by a team of assassins. When she wakes up four years later, the bride is determined to get her revenge. Described as an “exercise in style” by A.O. Scott in his review for The New York Times, “Kill Bill: Vol. 1” is “certain to provoke both awe and revulsion.”

FINDING YOUR ROOTS 8 p.m. on PBS (check local listings). Henry Louis Gates Jr. hosts this series in which celebrities are invited to explore their lineage. Season 7 will kick off with the actress Glenn Close and the director John Waters as they discover their ancestries and discuss them with Gates. 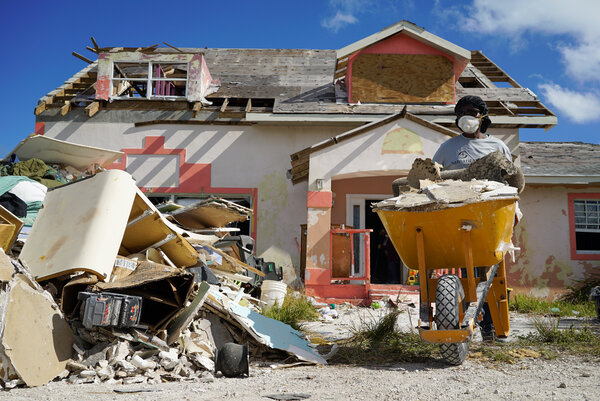 WHEN DISASTER STRIKES 10 p.m. on PBS (check local listings). “Paradise Lost,” the third and final installment in this series that goes behind-the-scenes of disaster relief, takes viewers to the Bahamas. After the country is devastated by a hurricane, the government and international aid workers do what they can to provide basic necessities for the survivors. Previous episodes have explored disaster relief efforts in Mozambique, after a cyclone, and Somalia, during a drought.

CELEBRATING AMERICA 8:30 p.m. on ABC, CBS, CNN, NBC and MSNBC. The evening of the inaugural of President-elect Joseph R. Biden Jr. and Vice President-elect Kamala Harris, the actor Tom Hanks will host this multinetwork program. The special event will include the singers Demi Lovato, Justin Timberlake, Jon Bon Jovi, John Legend and Bruce Springsteen, and the actors Eva Longoria and Kerry Washington will introduce each segment.

MURDER SHE SAID (1961) 8 p.m. on TCM. Jane Marple, an older woman played by Margaret Rutherford, has witnessed a murder — a girl being strangled on a passing train. But without a trace of evidence, no one will believe her. So Miss Marple, following the clues she finds on her own, disguises herself as a maid in a household full of suspects, eventually outdoing Scotland Yard operatives and cracking the case herself.

GROWN-ISH 8 p.m. on Freeform. This coming-of-age saga stars Yara Shahidi as Zoey Johnson, a very cool young woman raised by very cool parents (played by Anthony Anderson and Tracee Ellis Ross), who goes off to college only to realize the world is more complicated than she thought. The winter premiere picks up where the first few episodes of Season 3 have left off: Zoey has turned 21, and she’s facing the decision to drop out of college to pursue her dream job and join the rapper Joey Badass (played by himself) on tour.

THE REV 10:30 p.m. on USA Network. The Rev. Richard Hartley, a pastor and choir master, has spent over three decades traveling the world to train church choirs and sing, sometimes with celebrities like Aretha Franklin and Diana Ross. But now, he’s back in New York with his outspoken family, and this new reality sitcom will follow the Hartleys every step of the way.

WALKER 8 p.m. on The CW. Though it doesn’t include Chuck Norris, this new series was written as a reimagining of “Walker, Texas Ranger” (1993-2001). After being undercover for two years, Cordell Walker (Jared Padalecki) returns to his home in Austin, Texas. A widower, Cordell pieces together his wife’s death while reconnecting with his children and the rest of his family.

PAINTING WITH JOHN 11 p.m. on HBO. “Bob Ross Was Wrong.” It’s the title of the first episode in this six-part series from the artist John Lurie, but it’s also a lesson of his. “Everybody can’t paint; it’s not true,” he says in the show’s trailer. “Painting With John” is unscripted, and although it teaches the viewer different techniques and styles of painting, each episode largely consists of Lurie thinking out loud and sharing any advice he has for living a full life.

SALT-N-PEPA 8 p.m. on Lifetime. This movie, co-produced by Cheryl James, Sandra Denton and Queen Latifah, chronicles the journey of James (Salt) and Denton (Pepa) from their start as nursing students to their success as one of the first all-female rap groups: The Grammy winning group has famously rapped about men and sex, on albums that went platinum. “They are sending a message that sexiness is another of God’s gifts,” Ann Powers wrote in a 1999 pop review for The Times

EUPHORIA 9 p.m. on HBO. Hunter Schafer, who plays Jules in this Emmy-winning series, is the co-executive producer and co-writer of this new episode, along with Sam Levinson, the show’s creator. The second of two special episodes, it follows Jules over the Christmas holiday (the first of the two aired last month and followed Rue (Zendaya), as she spent Christmas with her family).

2021 N.F.C. CHAMPIONSHIP GAME 3:05 p.m. on Fox. The winners of last weekend’s N.F.C. Divisional Rounds will face off in this championship game. And later in the afternoon, the two victors of the A.F.C. Divisional Rounds will play each other in the 2021 A.F.C. CHAMPIONSHIP GAME (6:40 p.m. on CBS). The winners of each will compete in Super Bowl LV on Feb. 7.