Home » Entertainment » What’s on TV This Week: ‘Soulmates’ and the Vice-Presidential Debate

What’s on TV This Week: ‘Soulmates’ and the Vice-Presidential Debate 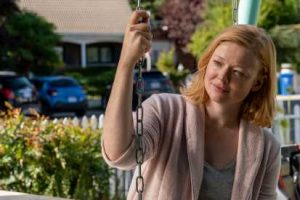 Between network, cable and streaming, the modern television landscape is a vast one. Here are some of the shows, specials and movies coming to TV this week, Oct. 5-11. Details and times are subject to change.

SOULMATES 10 p.m. on AMC. Sarah Snook, Malin Akerman and Bill Skarsgard star in this new six-episode anthology series set 15 years in the future when scientists have developed a test that can tell who your soul mate is. In the premiere, a happily married couple (played by Snook and Kingsley Ben-Adir) question their relationship after everyone they know takes the test.

2020 N.B.A. FINALS 9 p.m. on ABC. The Los Angeles Lakers and the Miami Heat face off in Game 4 of the National Basketball Association Finals. The best-of-seven series will continue, if necessary, with additional games, airing Friday at 9 p.m., Sunday at 7:30 p.m. and Tuesday at 9 p.m. on ABC.

NEXT 9 p.m. on Fox. In this new drama, John Slattery (“Mad Men”) stars as a tycoon who has created A.I. technology that is now threatening the world’s safety and privacy. He joins forces with a cybersecurity team to stop it. 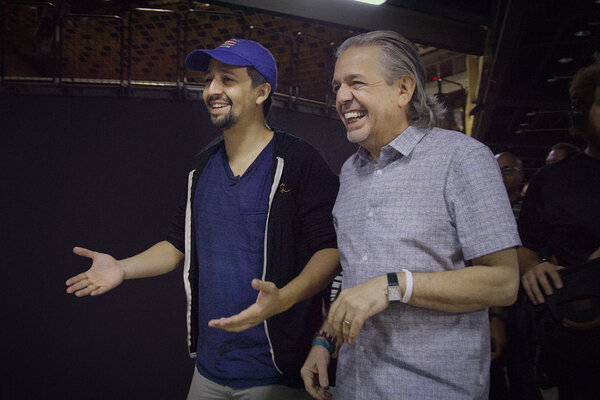 SIEMPRE, LUIS (2020) 9 p.m. on HBO. According to Lin-Manuel Miranda, the subject of this documentary served as inspiration for his starring role in “Hamilton”: his “relentless” father, Luis A. Miranda Jr, who is an activist and political consultant. This film, from the director John James, follows the elder Miranda as he works to raise money for Puerto Rico in the aftermath of the devastating 2017 hurricanes.

WILD CARD: THE DOWNFALL OF A RADIO LOUDMOUTH (2020) 9 p.m. on HBO. This documentary tells the story of Craig Carton, a New York sports radio host who got swept up in the gambling world, which eventually derailed his career. Through interviews with Carton, his radio co-host Boomer Esiason, the former New Jersey governor Chris Christie and others, the film tracks Carton’s rise to fame and fall from grace, which landed him in prison on conspiracy, wire fraud and securities fraud charges.

CONNECTING … 8 p.m. on NBC. This new scripted sitcom finds a group of friends riding out a global pandemic and trying to stay connected and sane over video chats (sound relatable?). The cast members, including Otmara Marrero, Parvesh Cheena and Keith Powell, shot their scenes from their own homes on iPhones, and were directed over Zoom.

CLOSER LOOK THURSDAY 8:30 p.m. on NBC. Seth Meyers, the host of “Late Night,” comes to prime time to host a one-night, election-focused special, where he will dissect the events and breaking news of the day.

CATS (2019) 8 p.m. on HBO. Tom Hooper’s kitschapalooza comes to HBO in all of its chaotic and furry C.G.I. glory. As Manohla Dargis wrote in her review for The New York Times, “A doctoral thesis could be written on how this misfire sputtered into existence, though there’s nothing new about the movies’ energetic embrace of bad taste.” Laugh, cry or scream along to Jennifer Hudson’s rendition of “Memory” — just don’t forget the wise words of Dame Judi Dench (who plays Old Deuteronomy): A cat is not a dog.

HOCUS POCUS (1993) 8:55 p.m. on Freeform. The 31 Nights of Halloween are in full swing on Freeform, and this classic stars Bette Midler, Sarah Jessica Parker and Kathy Najimy as the outlandish Sanderson sisters. After they’re brought back to life by Max — an endearingly angsty teenage virgin played by Omri Katz — the sisters terrorize Salem, Mass. on All Hallows’ Eve.

FRIDAY THE 13TH (1980) 9 p.m. on AMC. This classic slasher directed by Sean S. Cunningham brings us back to Camp Crystal Lake, where the series started 40 years ago. “More interesting than the bloodshed, somehow, is the middle-class ordinariness with which Mr. Cunningham invests the characters’ conversations,” Janet Maslin wrote in her New York Times review. “They seem to be inciting the killer’s fury by chatting about vitamins and playing Monopoly.” Starring Betsy Palmer, Kevin Bacon and Adrienne King, this movie reminds us — yet again — to not go swimming in the lake.

CASINO ROYALE (1967) 3:30 p.m. on TCM. An early parody of the James Bond franchise, this spy comedy stars David Niven as 007, who comes out of retirement to investigate the deaths and disappearances of international spies. The fast-paced 1967 spoof also set the scene for the 2006 reboot with Daniel Craig.

ELI ROTH’S HISTORY OF HORROR 10 p.m. on AMC. The filmmaker Eli Roth kicks off the second season of this show, where he delves into common horror tropes and explores how the genre has evolved through the years. Interviewees will include Stephen King, Quentin Tarantino, Jordan Peele, Ari Aster and Megan Fox, among others.

TWITCHES (2005) 9:50 p.m. on Freeform. Tia and Tamera Mowry star in this Disney Channel original movie as Alex and Cam, magical twin witches (get it — twitches?) who were separated after their birth on Halloween. As they’re spontaneously reunited on their 21st birthday, they join forces to fight a mysterious entity known as The Darkness.