What’s on TV Tuesday: ‘Every Day’ and ‘Lethal Weapon’

A teenage romantic drama arrives on Hulu, and the season finale of “Lethal Weapon” is on Fox.

EVERY DAY (2018) stream on Hulu. “Don’t judge a book by its cover.” Sure, that sounds nice. But how easy is it to actually look past appearances? That question lies at the heart of this good-natured young adult drama by Michael Sucsy, an adaptation of the 2012 novel by David Levithan. Rhiannon (Angourie Rice), a shy high school student, is delightfully surprised when her self-centered boyfriend, Justin (Justice Smith), suddenly showers her with compassion. The next day, Justin is back to his usual self and Rhiannon eventually learns that a spirit called “A” had inhabited this body. “A” takes on a different host every 24 hours and as it grows closer to Rhiannon, its shape-shifting threatens to ruin their blossoming romance. 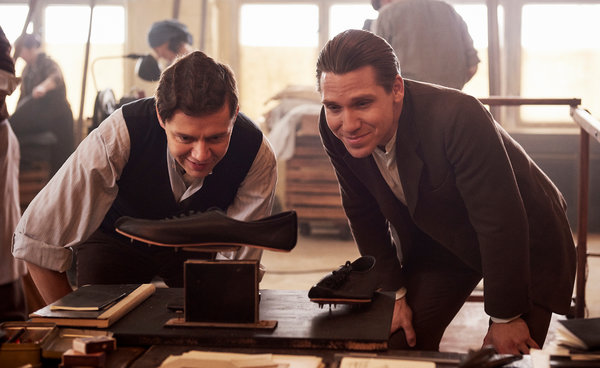 RIVALS FOREVER stream on MHz Choice. Sibling rivalry takes new heights in this two-part series from Germany, based on the lives of the brothers Rudolf and Adolf Dassler, who founded a shoe factory in their parents’ home in the 1920s. Not long after, German athletes were wearing the Dasslerses’ spiked shoes at the Olympics. (The cobblers’ big break came when Jesse Owens sported their brand when he won four gold medals in 1936.) In the 1940s, the brothers parted ways after a dispute and each went on to create massive international companies: Adolf founded Adidas, while Rudolf started Puma.

LETHAL WEAPON 8 p.m. on Fox. The third season of this reboot wraps up with Murtaugh (Damon Wayans) reconsidering his loyalty to his partner, Cole (Seann William Scott), after Cole is investigated by the F.B.I. The show promises a cliffhanger, though it has already offered much drama behind the scenes. In May, the former star Clayne Crawford, who played a distraught police officer, was fired over his behavior on set; Wayans shared his side of the story on Twitter before deleting his account; and Fox announced that Scott would join the show. Then in October, Wayans announced that he would quit once the season ended. The series has not been renewed for Season 4, and Fox isn’t ready to let Wayans go, even though he has said that he is, in a sense, too old for this … stuff.

WORLD OF DANCE 9 p.m. on NBC. Jennifer Lopez returns as a lead judge alongside Ne-Yo and Derek Hough for the third season of this reality competition series, which the creators have called “the Olympics of dance.” (Lopez also is an executive producer.) Fifty-four acts — solo dancers, duos and crews — compete for $1 million, starting with the qualifiers round. The show returns to its usual time on Sundays at 8 p.m. starting March 3.

MEXICAN DYNASTIES 10 p.m. on Bravo. Three celebrity families in Mexico City — the Allendes, the Bessudos and the Madrazos — flaunt their lavish lifestyles and personal trials in this new reality show.